The Tragedy of Macbeth – Give Us Free From Shakespeare 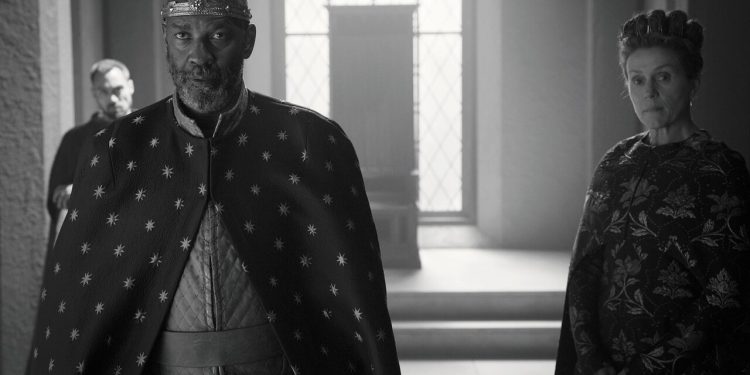 There are two types of people in the world. Those who love Shakespeare and consuming it in the vast array of  . And then there are those of us that can't stand Shakespeare and are still annoyed by the fact that at some point growing up we were forced against our will to both read and reenact some play or monologue from Shakespeare. There is no in between. Either you love it or you hate it.

Objectively, The Tragedy of Macbeth is probably the best adaptation of Macbeth on the big screen. The performances are great and it's a really good, overall movie. That said, the majority of audiences would never want to sit through 1 hour and 40+ minutes of Shakespearean english. Trust me, it's brutal. This is an extremely niche movie that's aimed at a niche audience. Which is fine. But it does beg the question as to why being aimed at a narrow niche audience never seems to be a problem for critics with films like this but then that same thing is used as a negative with other films. It's almost lazy in the fact that at this point, since all these films are basically remakes of the same thing over and over again. Yet that never seems to be a problem.

And that leads to the real issue that needs to be directed at the film industry. The question really isn't if this is a good movie or not. For those that love Shakespeare, they'll love this. For those that don't, they'll probably never watch this movie beyond a few curious minutes when they see Denzel Washington or Francis McDormand and go "oh what's this?" and then promptly turn it off and go back to something else. That's the reality. The real question is at what point do we free ourselves from the outdated chains that are Shakespeare? There are so many other literary masterpieces and plays that are better that we could focus our time on. Instead every few years someone is remaking something by Shakespeare. Enough is enough. It's time to pack Shakespeare up in a museum and stop using this as some form of gatekeeping of true acting or directing ability.

Listen as Ro, Kriss and Brandon discuss the Tragedy of Macbeth and why it might be time for us to move on to some other things.