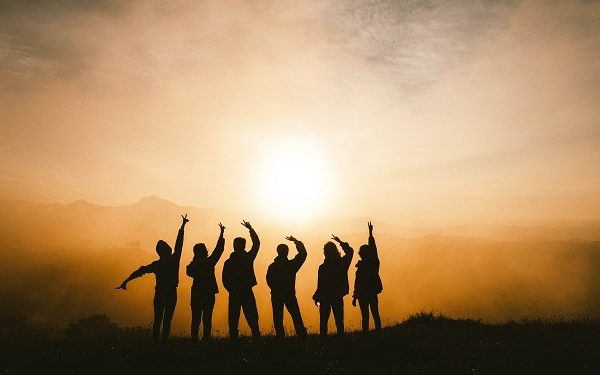 I think women are amazing and women's friendships are like a sisterhood...we should see more of it in television and film.

~Laurie Holden (Andrea, The Walking Dead)
The Women of Sci Fi panel at Awesome Con introduces the idea that science fiction is both an access point for dynamic roles for women, and a Hollywood status quo.  Featuring Gates McFadden (Dr. Crusher, Star Trek the Next Generation), Mary McDonnell (President Roslin, Battlestar Galactica), and Danielle Panabaker (Caitlin Snow/Killer Frost, The Flash)  the actresses discussed the importance of mentoring and the impact science fiction has had on introducing new ideas of women leaders to public awareness.   One of the critical takeaways from the panel was the portion of the discussion helmed by Mary and Gates, where they focused on the lack of true relationship between women during their time in the spotlight.  Counselor Troi and Dr. Crusher rarely shared any screen time on Star Trek the Next Generation, and when they did it, it was in the most awkward of circumstances-calisthenics.  President Roslin had very little significant screen time with other women on Battlestar Galactica.   When the women on screen in these shows were featured, it was opposite men, and often the perspective of men was prioritized, even when Dr. Crusher was discussing her son Wesley with Captain Picard.  Often if they were in scenes with other women, it was as adversaries.  In hindsight, the devaluation of the importance of the relationship between mother and son may have led to audiences not connecting with Wesley at all in a way that was appropriate.  He is often cited as the worst part of the show, instead of being seen as the confused and growing teenager he actually was. 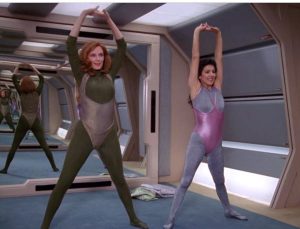 I sat on this piece for the last eight weeks primarily because what Mary and Gates stated resonated in such a profound way.  Much of our entertainment, while entertaining, is rife with one note shallow relationships.  Among men, it is rare to find a true friendship or relationship not born of machismo or testosterone filled stereotypes.  Among women, it is rare to find true friendships or relationships portrayed on screen that don't have as a central focus women worried about their romantic status.  Among women and men, it is rare to find a relationship not rooted in lust or a will they/won't they dynamic.
It makes, in some respects, for a sad state of viewing.  It is also one of the reasons I believe that shows like Supernatural have lasted so long.  Say what you will about them running out of monsters and supernatural beings to hunt, what has kept this show on air for 15 years is the special bond and relationship that exists between Sam and Dean Winchester.  It is complex, at times hyperbolic, but often times deeply emotional and vulnerable in a way that men are not usually allowed to relate to one another.  While there is a seedy corner of the internet that have notions of a sexual relationship between the brothers (eww), those who are really committed to this show are dedicated to the deep love and the complex nature of family that it shows. 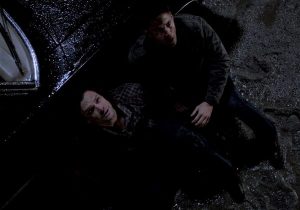 The panel caused me to reflect on shows that I enjoy the most currently, and Gates really helped me to understand the reason I enjoyed them was because I saw the kind of female relationships and interactions I value, and that need to be modeled on screen more.  Star Trek Discovery is hands down one of the best shows on television in the first two quarters of 2019.  Aside from really returning to the root of exploration and equity, it shows women in positions of leadership and in relationship to one another outside of their desire for romance.  Michael develops a strong and nurturing friendship with Tilly and the other women on the bridge.  The mentor/mentee relationship between her and Georgiou defines her in ways that impact her after Georgiou's Terran counterpart crosses over.  We see women reflecting the relationships that exist in the real world in ways that have been missing from modern television. 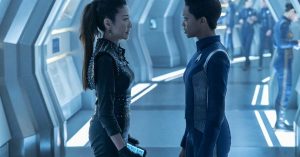 Another show that blew me away with the portrayal of women in relationship to one another was season 3 of Lucifer.   While the women were brought together via their affiliation with the main character, the friendships they developed (Maze and Linda, Maze providing support for single mom Chloe, Charlotte, Chloe and Ella-it goes on) were refreshing to watch, and sorely missed and lacking in the season 4 Netflix save. 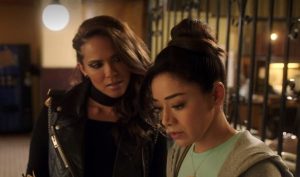 Speaking of the panel which also featured the Flash's Danielle Panabaker, Supergirl has been the only Flarrowverse show to consistently showcase women in healthy relationship one another.  The central theme of sisterhood and friendship drives much of the storyline and conflict inherent in the show.  Of the Flarrowverse shows it is so far the only one to have avoided the Season 4 slump, having shown steady improvement in both writing and acting season after season, and one can argue that the driving theme of sisterhood and family is a large reason for this. 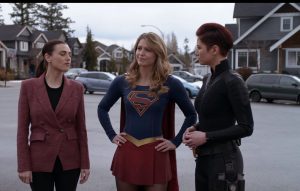 Relationships are not one note, and my hope is moving forward, our entertainment will continue to evolve to examine and portray the relationship between women in ways that are dynamic and interesting.

In Part 2, I hope to pull together a list of show recommendations that have the type of portrayals I'm longing for, that many of us are longing for.