‘The Secret Garden’ is a Lush Look at Love and Loss 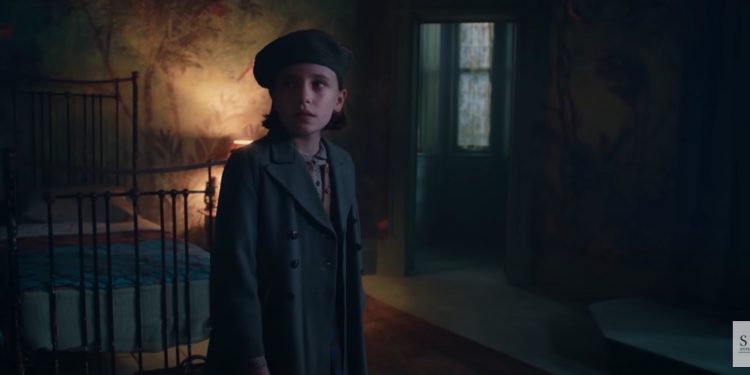 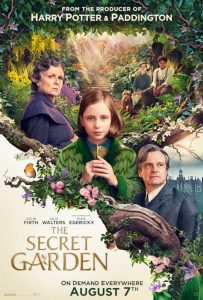 As a child, I was probably more akin to the young heroine of Frances Hodgson Burnett's A Little Princess; always believing I was a secretly a princess and yelling about the unfairness of a world that no longer believed in magic. But despite our differences, I always held a deep affection for Burnett's anti-heroine, Mary Lennox. I feel like this latest adaptation of The Secret Garden from STX Films, shows why I was right to back this dark horse. Set against the lush green backdrops of India and England, this adaptation of Burnett's classic story delves deep into the love and loss that has always hovered over this tale.

Produced by the good people behind the recent Paddington films, The Secret Garden follows Mary (Dixie Egerickx) and Colin (Edan Hayhurst), orphaned cousins connected by their twin mothers. Mary has grown up in India because her father was stationed in the country while it was occupied by British imperial forces. Colin has grown up in Misselthwaite Manor, an English estate set beside a British moor. While they've grown up quite far apart, their childhoods were similar in that they've both been horribly spoiled and thoroughly neglected. When Mary returns to England following the death of both her parents, Misselthwaite is a dark, oppressive space that has been closed off by Colin's father, Lord Craven (Colin Firth), following the death of his wife. Mary, with the help of Dickon (Amir Wilson), overcomes her own brattish sensibilities and brings life back to the secret garden and the manor.

The screenplay by Jack Thorne expands on the story of Mary and Colin's mothers, giving depth to the children's backstory that hasn't been seen onscreen before. As the twin ghosts that center this film, you can see the profound effect that their mother's deaths have had on Mary and Colin's sense of self. The director, Marc Munden, takes this tale of grief and infuses it with life as the garden Mary and Dickon tend takes on epic proportions and scale. The trees move to lift up the young girl as she explores, the leaves bend to greet her and curl away when she's sad. The visual storytelling blends the real and fantastic so the garden becomes a physical manifestation of the growth of these characters.

The film is not without its shortcomings. While I applaud the attempt to touch upon the problematic nature of its protagonist's upbringing with the flashbacks to colonial India and the colorblind casting of Amir Wilson and Isis Davis as Dickon and Mary, the film chooses to use Mary and Colin's grief as the rationale behind their spoiled personas rather than address the problematic nature of race and class inherent in this period of Britain's history. Although it's never been explicitly addressed in any adaptation of Burnett's work, given our current time, her work is ripe for a critique of the social structures of colonial Britain. Despite this, fans of the classic tale, will find new ways to fall in love with this story, while those new to the material will be immersed in a tale that doesn't shy away from the underlying sadness of this story. And that's a good thing. Like Mary, we are discovering new ways to be, new things about the people we love and the people we've lost and most importantly, new ways to tell our stories.

The Secret Garden premieres via PVOD on August 7th in the US and Canada. Watch the full trailer below and check out the audio review with The Doctor as well.