The Rhythm Section Needed The Rest of The Band 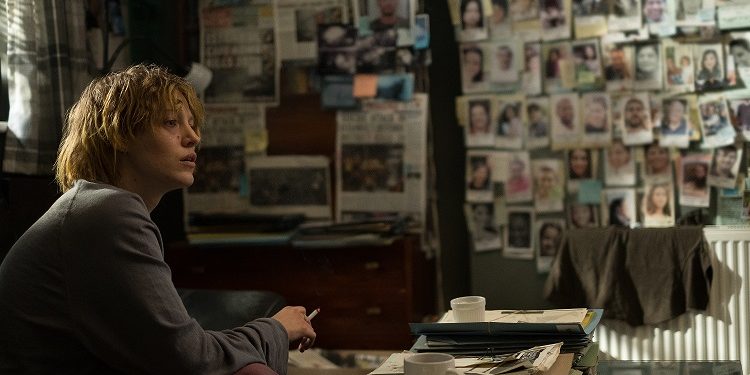 Phenom1
Ro4
The tried to make a film about a bad ass assassin but they made an ass bad film instead. January was too good for this movie.
2.5

The Rhythm Section should've been the start of a great spy thriller franchise. With Blake Lively starring as a young woman hell bent on revenge and Jude Law as the embittered MI-6 agent willing to use her as bait and Sterling K. Brown as an ex-CIA turned rouge information broker looking to eliminate enemies and make a few coins on the side. Instead this film is a hot mess of shaky cam, shallow character development and shoddy scripting.

Stephanie Parker's fallen into drugs and prostitution in the aftermath of her family's death in an airplane explosion. Stephanie feels guilty first because she skipped the flight that killed her family and second because she's the reason they were on that plane in the first place. When a journalist (Raza Jaffrey) shows up at the whorehouse this once bright college student now lives, claiming to have proof that her parent's death wasn't an accident Stephanie sets out to find the people responsible and kill them all.

Based on the book - and screenplay - by Mark Burnell by the same name, The Rhythm Section lacks structure, depth and quite frankly a point worth reaching. It should've been tense and engaging to watch this woman battle her way back to fighting fit willing to do anything to avenge her family. It should've been engrossing to follow her from city to city hunting down the ones responsible for their deaths. Instead, Burnell's script fails to capitalize on it's own solid story to bring the audience into a world that makes sense.

Listen to Phenom and Ro discuss why it's a good idea to just rent A Simple Favor to see Blake Lively at her best. Then join them on premium for the spoiler chat and hear exactly what this ass backward story needed to not.