The Rental – A Solid Directorial Debut for Dave Franco 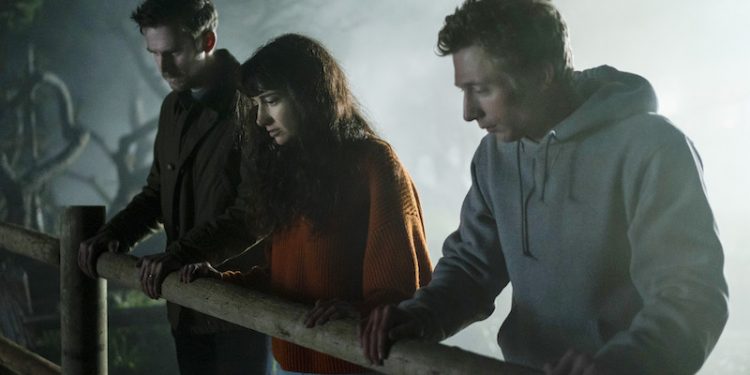 Joi 7
Kriss7
Ro7
A solid directorial debut for Dave Franco that keeps it simple and short. There characters make poor decisions but that adds to the entertainment value
7

Dave Franco makes his directorial debut by stepping into the horror/thriller genre with The Rental. The Rental is a solid directorial debut for Franco as it weaves together a pretty simple but engaging plot, messy characters that aren't annoying and a short runtime (88 minutes).

The characters in The Rental "have it coming" to them for their messy and terrible decisions throughout this film. There's a lot of "unintentionally  funny" moments of this film. This is mainly because as the audience, we get to be voyeurs into the lives of two couples that are keeping secrets from each other that are later exposed leading to their downfall.  Let's be honest, having an affair with your business partner is never a good idea. Having an affair with your married business partner is an even worse idea. Having an affair with your married business partner who is the brother of your boyfriend while you all are all staying at the same remote Airbnb is just a recipe for disaster. Throw in a murderous voyeur who has the Airbnb rigged with hidden cameras and now we have a movie.

The Rental isn't a perfect film but in the age of Covid with a VOD release, this is just what the doctor ordered. Franco avoids some of the pitfalls first time directors have when they jump into the horror genre and is able to keep things simple and safe (maybe too safe). Still, this is worth checking out.

Listen as Ro, Joi and Kriss discuss and review this film. We also talk about the state of films in general during Covid, the indefinite delays of some film releases (Tenet) and the upcoming virtual film festivals as an interesting award season starts to come into view.

The Rental opens in over 250 drive ins and theaters (where allowed) as well as Digital and Cable VOD Friday July 24th.

For a list of theaters and available rental platforms check out therental.movie