The Photograph: Romantic Drama Without the Trauma 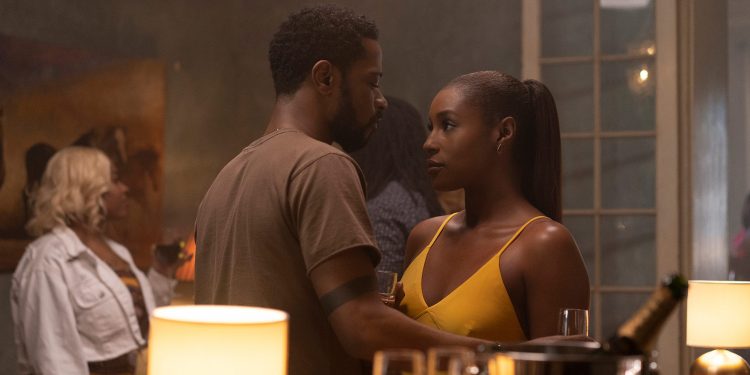 Brandon8.5
Ro 9
The Photograph starring Issa Rae and Lakeith Stanfiled is proof positive it's possible to showcase Black love in this age of reductive cliches and caricatures without building the narrative on toxicity and trauma.
8.8

This Valentine's Day, The Photograph throws back to the days of Love Jones and Hav Plenty (without the side of fuckboy) to showcase Black life and real relationship dilemmas without once feeling dated. And as if that isn't enough, the thoroughly sublime score comes courtesy of Robert Glasper.

Written and directed by Stella Meghie, The Photograph is 106 minutes of what really happens after the meet-cute moment in a rom-com. The pace is smooth - which is to be expected with a Glasper produced score - the cast stellar, and the story the type that needs to be normalized. These relationships, past and present, are emotionally rich without once relying on trauma or toxic dynamics to build dimension or set the mood.

The  Photograph is an Old Fashion Love Story...the Good Kind

The Photograph weaves its story around a man searching for something more and a woman working on being herself. It invites the audience into their lives deepening character development with necessary moments with family and friends. It's a fresh take on how (not) to carry one's baggage from relationship to relationship.

Love is hard even when if it's clear that the connection is one of the soul. The Photograph is romance and reality perfectly set to music. It's sexy, stirring and restrained in a way that disarms and charms despite any flaws.

Michael Block (Lakeith Stanfield) is a veteran journalist for a New York newspaper. He's working on a profile of Issac (Rob Morgan), a Louisiana fisherman in the aftermath Katrina and an oil spill in the Gulf of Mexico. Issac shows Michael pictures while talking about his Gulf  experiences and life in Pointe à la Hache, Louisiana. One particular black and white photo of a woman he calls Christina leads to a discussion of "the one" that got away. Recognizing the name, Block adds a search for more Eames photos to his research once back in New York.

Famed photographer Christina Eames died unexpectedly leaving her daughter Mae Morton (Issa Rae) - and husband (Courtney B. Vance) - to confront the secrets left in a safe deposit box. Mae and her mother had an uneasy relationship. Christina leaves a heartfelt letter and one of the few photographs taken of her behind with answers to unasked questions. When Michael reaches out asking if her mother had any other photos of her hometown, the pair meet at the museum where she's a curator, and Michael's immediately captivated by Mae. 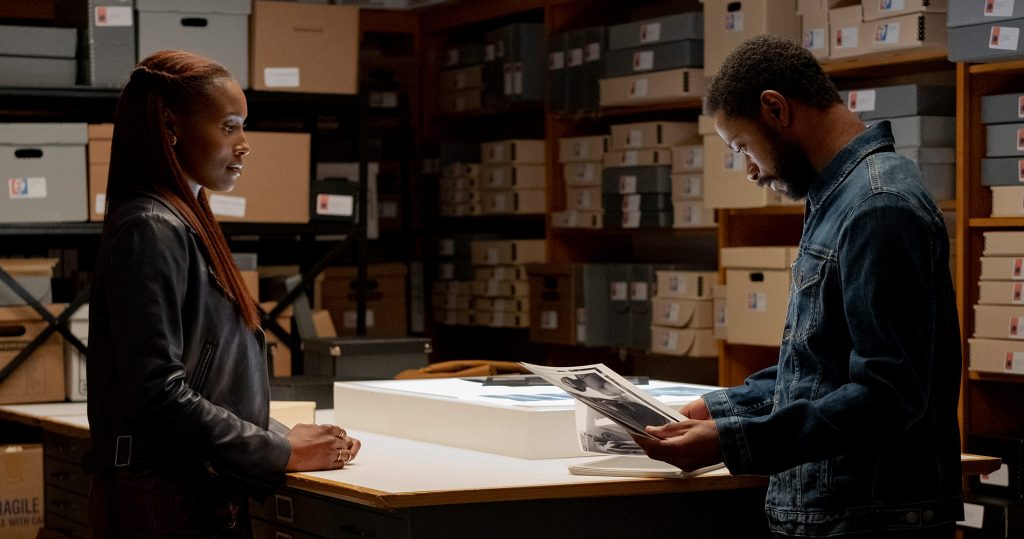 The onscreen energy between Stanfield and Rae simmers. It's subtle and multi-flavored; never once feeling inauthentic or forced. It's an portrayal infrequently chosen for onscreen love affairs particularly those centering dark-skinned Black people. There are moments when the couple's energy falters but even those set a more realistic tone of a new relationship.

Visuals That Add to the Story

There's a shifting discomfort between the pair that makes for a compelling counterbalance that keeps you from ever checking out of the story. Coupled with golden-edged visuals (Cinematographer Mark Schwartzbard) that make the most of shadow and light playing beautifully across brown skin, The Photograph is a stylish modern romance between equals.

The Photograph and Legacy

The Photograph is a generational story. Meghie uses a shifting narrative to guide Mae towards love and understanding; both of herself and her mother. A single photograph anchors an explanation of a mother's shortcomings. As the audience watches Mae and Michael inch ever-closer to one another, her mother's letter turns back time to the days of Christina (Chanté Adams) and Issac (Y’lan Noel) and a love that couldn't survive Christina's unwavering need to do better for herself. 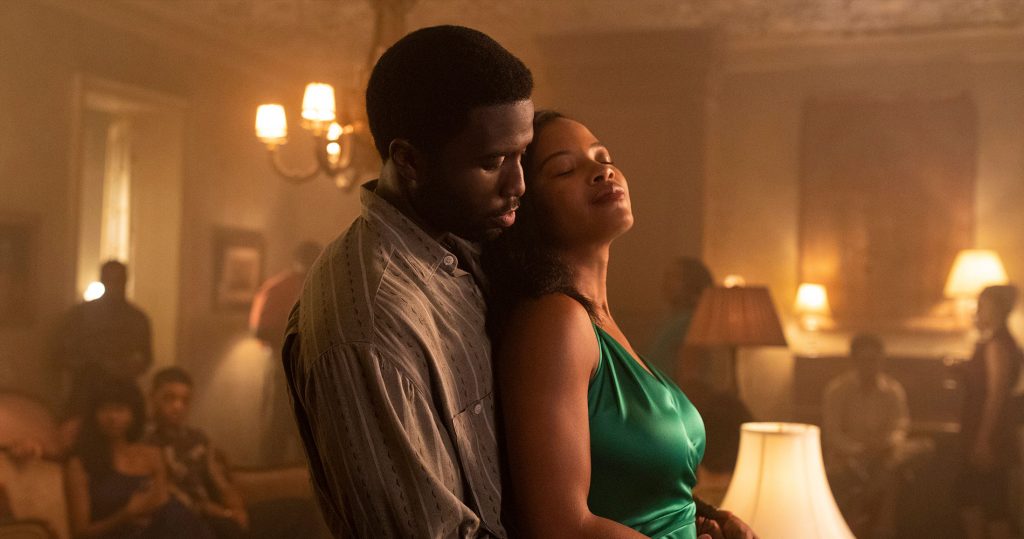 Y'lan Noel and Chanté Adams in Universal Pictures The Photograph

The relationship between Christina and Issac touches on insecurity, ambition, and incompatible needs. It's a master class in how to talk about mess without once wallowing in cheap hysterics. There's an earthiness to the chemistry between Adams and Noel that makes for a sharp counterpoint to how obviously they're not on the same page beyond being in love with one another. The audience, guided by Christina's explanations, experiences each misstep and the subsequent fall out with a nuanced grace. Meghe never succumbs to jaded Tyler Perry lens, narrowed further by the Love & Hip-Hop handbook to messy relationships, even once.

There's an honesty and tragic kind of resignation in these flashbacks. These revelations lead to real conversations and conflicted self-reflection for Mae. For Michael, learning more about Issac's past makes advice from his brother (Lil Rel Howery) resonate and prompts him to reconsider his needs in light of his ambitions.

The Photograph starring Issa Rae and Lakeith Stanfiled is proof positive it's possible to showcase Black love in this age of reductive caricatures in a way that elevates. It absolutely resets the bar for what we should demand of films centering Black people.

Familial love, affirming friendships, honesty and generation-spanning emotional baggage make for a love story that's far more true-to-life. It has depth and enough of those awkward moments to keep the tone lively.   This story will have you examining your commitment issues, life goals, and feeling the need to find someone seriously into eye contact.

The Photograph is Worth It

It's no secret the MTR critic crew has a (justifiable) tendency to side-eye projects with Will Packer's name attached. But then, we remember that Packer goes wrong far less often when limited to a producer credit. The Photograph one again proves that to be the case...thank goodness.

Listen in as Ro and Brandon discuss in depth (but still spoiler-free) why The Photograph and its subtle by-play gives good representation and tells a story that needs watching.