I Talk Sh*t and Read: The Outsider 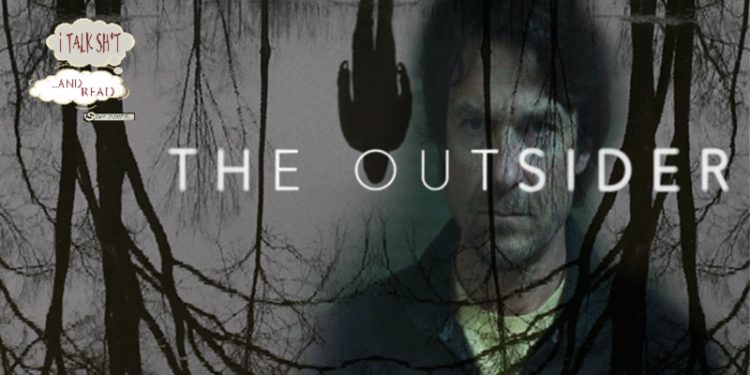 The Outsider: So That's How Y'all Gonna Do Him

The Outsider is a supernatural procedural as only King would decide to do it. There's murder, mayhem, small town upheaval, and a boogeyman. Stephen King novels are at the height of popularity once again after big film adaptations Dr. Sleep, It (Part I and II), Shudder's Creepshow and Hulu's Castle Rock.  It was only a matter of time before HBO threw it's hat in the ring. HBO's on a roll and it seemed like a good idea to keep up.

Ro and Toya, two among the many horror fans on the MTR Network, decided The Outsider was perfect for a read-along as they watch. Despite it's size (560 pages), this particular King story is a steady-building supernatural suspense story (or listen) that's easy to follow and digest. It shoves the weird directly in the middle of a police procedural and keeps you questioning. The show, however, reorders information for maximum use and plays with all the cards face up on the table.

From the very start, it's best to brace because it's easy to miss something.

Cheerokee City's on the hunt for a vicious killer. A young boy's been found violated and mutilated in the woods and all the evidence points to favorite son, Terry Maitland (Jason Bateman). Everyone trusts Terry. He's been coaching Little League and Pop Warner football for years. Convinced they have an air tight case, Maitland police detective Ralph Anderson (Ben Mendelsohn) stages a public arrest. Anderson has Terry taken into custody in front of the entire town during the big Little League game.

HBO's The Outsider features a stellar cast all who bring depth and grit to a believable investigation happening under unbelievable circumstances. It's edgy and intense yet balanced with facts that keep you invested in both the investigation and the people. The Outsider's always had a contemporary feel but Richard Price brings an extra layer of authenticity to the game and it's ensured we're in for all ten episodes ride.

HBO released episode 1 and 2 back to back on the 12th. So, we'll be doing the show discussion in batches. Trust me, you'll definitely want the time to think about all the interlocking narratives before moving on.

This first review is general Stephen King discussion and our few of our favorite King novels and then we dig into the books themes and how the show kicks things off in episode one. The next review will cover episode 2 and 3. Then we'll take the show in batches (with hopefully some other folks from the network joining in the discussions) from there.

If you want to read along (or just pick up The Outsider) shop indie and thwart our would-be corporate overlords.