The New Golden Age of Comics: 10 More Must Read Comic Series For the New Year 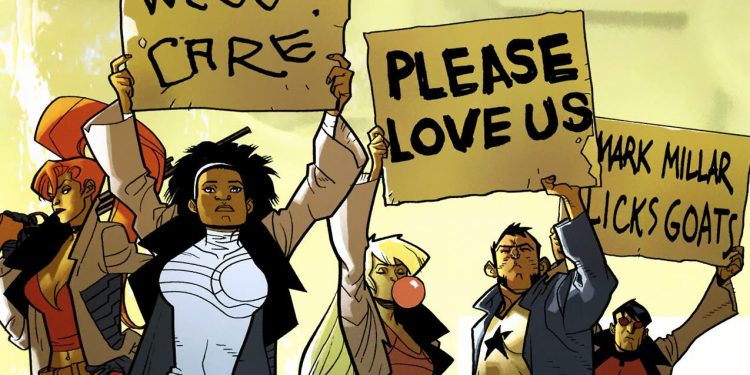 Now that Christmas has come and gone and you now have some Christmas cash (or gift cards) burning a hole in your pocket. Maybe you went through the other lists by Shanna, The Doctor and Dpalm and gave out gifts to others. Well now it’s time to treat yourself and I have just the list of must read comics for the new year for you.

Creating this list was harder than I thought. The first problem I had was that I went last. I wanted to avoid duplicates and thanks to Shanna and Dpalm at least 80% of my list was already picked. I knew I wouldn't be able to sneak Ms Marvel in there but they even took Secret Six (COME ON MAN) off the table. The second problem? Even with most of my first choices taken, there were still too many good books to pick from. My Honorable Mentions list is just as long as the Top 10 I put together. Dpalm and I will be discussing our Honorable Mentions list on the next Mailbag episode so make sure you subscribe to the Super Tuesday Recap podcast to hear that.

As for my list…I used rules similar to Dpalm’s list and only broke the rules once (We make rules just to break them here at the MTR Network):

So without further ado…my list! If you're interested in picking up any of these books, click the book title and it will take you to Amazon using our affiliate links. 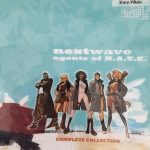 Warren Ellis never shies away from the crazy and the agents of the Highest Anti-Terrorism Effort (H.A.T.E.) certainly live up to that. The team lead by Monica Rambeau and consisting of Elsa Bloodstone, Tabitha Smith and Aaron Stack assemble to take down Unusual Weapons of Mass Destruction (U.W.M.D.s) and the Beyond Corporation. The book is definitely not for those that are tired of “too much humor” in comic books as Ellis uses extreme violence on top of comedy to satirize the rest of Marvel’s superhero comic line. 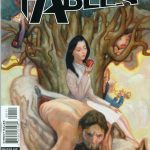 What if the villain of some of your favorite children stories turned out to be a hero? How about if the hero was a villain? What if the fairy tale princess turned out to be the world’s greatest spy and assassin? That’s what Bill Willingham’s Fables series delved into. Fables was our longest running Comic Book Book Club so that should tell you something. It’s 150 issues and for the most part all of it is great. Also, if you want more greatness, check out the two Cinderella spin-off books (From Fabletown With Love and Fables Are Forever) that spotlight Fabletown’s deadliest spy. They're not written by Willingham but still great reads. 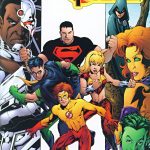 “I just think you need to see your friends” That’s what Batman says to Robin (Tim Drake) as to why he wants Tim to join the newly reformed Teen Titans. There’s plenty of friendship, heartache and tragedy.All the staples of a good Teen Titans run. And when you find out how long Johns has been plotting on Superboy’s origins it will make you scream out loud. 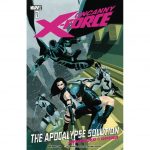 Wolverine leads a X-men hit squad consisting of Archangel, Psylocke, Deadpool and Fantomex. That’s just the warmup. This series involves Apocalypse being reborn, new Horsemen, Archangel being lured to the dark side once again, Age of Apocalypse tie-ins (HELL YEAH) and that’s just the tip of the iceberg. 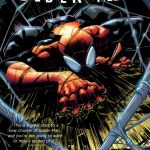 What happens when Doctor Otto Octavius puts his mind into Peter Parker’s body and takes over Parker’s life? You find out why Peter Parker as Spider-Man matters. This series starts off with it looking like Otto is in fact the superior Spider-Man. He’s able to do things that Parker never seemed to be able to do. But we find out that Otto’s arrogance causes him to miss all the signs that Norman Osborn is growing a Goblin army that is going to strike hard. This series is a perfect example of why the initial fan outcry was premature and caused a lot of people to miss out on one hell of a series. Instead of making Peter Parker look like a loser, the series does the opposite and shows how much Peter sacrifices to make sure the bad guys don’t really win. 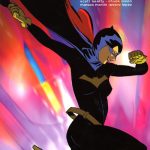 If you want the definitive origin story for Barbara Gordon as Batgirl, this is it. Beatty and Dixon give Barbara her own motivations and path that aren’t tied to her wanting to be like Batman. Barbara Gordon is a feminist icon for a reason and this series finally gives her an origin that’s deserving of that. 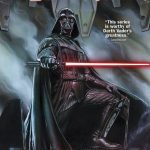 All of Marvel’s Star Wars books are amazing but if I had to pick one, the 2015 Darth Vader series would be it. Set between the end of A New Hope and Empire Strikes Back, this series shows Vader solidify his place and prove himself to Emperor Palpatine. This series finally does more than tell you that Vader is terrifying, it shows you why. If you thought the final moments of Rogue One were a horror show, just read this series to really understand. Need more convincing? Check out my video on my favorite moments from this run. 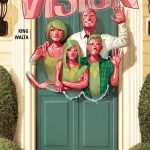 General rule of thumb: If Tom King writes it then you should be reading it. I mean who else can write a solo book about Vision and it not only be excellent, but get you all up in your feelings? 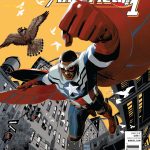 Nick Spencer made Sam Wilson matter. Period. You’ll be hard pressed to find Sam Wilson written better than Spencer’s run where Sam picked up the shield. Three issues into the new Falcon series and all I can think is how much I miss Spencer writing Sam. Spencer doesn’t shy away from the racial animosity that a Black Captain America would face and does an excellent job of showing Sam’s struggles with filling Steve Rogers’ shoes and forging his own path. 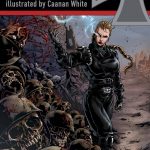 Okay, my one cheat entry. I’m sorry but I just couldn’t choose between Gillen’s Darth Vader run and this amazing series called Uber.  The premise is simple: What if the course of World War 2 was changed if the Nazis discovered the ability to create ubermensch (supermen)? What if that technology and ability was then stolen by the allies creating a new arms race? Gillen writes the book in an almost academic way, as if he’s retelling already established and known history. There’s plenty of twists and turns and doesn’t shy away from the true costs of war.