The Losers: The Movies That Disappointed in 2017 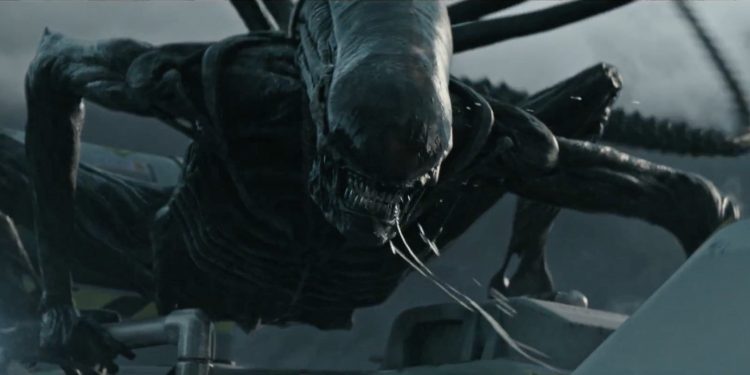 So we've already covered the winners of 2017 and now it's time to cover the losers. So what made a film a loser? Well, the first obvious way is a poorly performing box office. But not every disappointment means the film flopped at the box office. Some films did well financially but also let down audiences and could spell trouble for continuing their franchises. So what movies were the losers of 2017 that were disappointments? Let's find out. 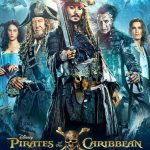 At first glance, Pirates of the Caribbean: Dead Men Tell No Tales seems like an odd choice for a losers list. I mean the film made almost $800 million. But looking beyond the surface tells a different story. First, this is a billion dollar franchise. One, the two previous pirates films crossed a billion world side. Disney has been chasing that high. The problem is, they haven’t been able to get a casting trio that works as well as Orlando Bloom, Kiera Knightley and a pre-outted domestic abuser Johnny Depp. When details of Depp’s abuse of Amber Heard came out before promotion for Dead Men Tell No Tales started, Disney was forced to try to promote this movie without their single best promotion tool. The Pirates of the Caribbean series survives solely off of Johnny Depp’s Captain jack Sparrow. And don’t get me wrong, Disney had no choice but to distance themselves as much as they could from Depp. It also might be time to realize this franchise has reached its end. It only goes downhill from here.

Valerian and the City of a Thousand Planets 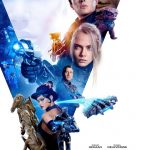 Valerian and the City of a Thousand Planets was 2017's Jupiter Ascending. A visually stunning flop. With a  production budget over $170 million and only bringing in $41 million domestically and $225 million world wide, Valerin should be yet another warning that pouring a  bunch of money into visuals while having weak leads and a weak story is just a recipe for disaster. And I’m a Dane DeHaan fan. I think he’s pretty good. But he’s not going to be someone you can sell a movie like this on. And Cara Delevingne….can’t act. I’m sorry but I’ve yet to see her pull off anything other than just existing on screen. 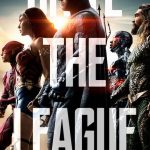 Sometimes I hate being right. For over a year I’ve been saying that there was no way for Justice League to not be a mess and well, that was true. Look, I definitely think there were more fun and enjoyable moments in this film than in Batman v Superman. I actually think its a better film, even with the hacked together pieces of two drastically different directors. But what I wasn’t expecting was for this film to gross as low as it did. Right now it’s looking at finishing either just under or just above Man of Steel. That means the first live action Justice League film made less money than both Guardians of the Galaxy films (In 2014 no one knew who Groot or Rocket Raccoon were), Thor Ragnaork and DOCTOR STRANGE. A Justice League film is going to make less than Doctor Strange.  Excuse me as I go drown myself in bourbon. 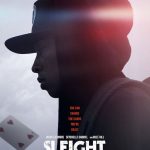 I’m all for more diversity and inclusion in films and I’m always going to root for films with black leads. But that also means sometimes I’m going to be disappointed when the films don’t live up to my expectations. The promotion for Sleight did it no favors. The comparisons to Chronicle and Iron Man set unfair expectations on this film. But beyond that, the screenplay was just empty and the film didn’t get interesting until the final 5 minutes. It felt more like it would have been a good short film versus a 90 minute full length feature. All that said, I almost didn’t include it on this list since it only had a budget of 250k and made almost 4 million. But I have a hard time believing that it wasn’t a massive disappointment to anyone who saw it

War for the Planet of the Apes 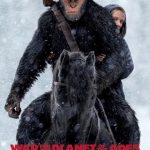 Out of all the films on this list this is the one that hurts me. Not only is War for the Planet of the Apes the best movie on this list, its hands down one of the best films of 2017. Now let me be clear, this movie wasn’t a flop. But after Dawn of the Planet of the Apes made over $700 million in 2014, I find it hard to believe that Fox wasn’t expecting a similar if not better return for this film. Instead, not only did its world wide total come in over $200 less than the previous film but it has the lowest domestic box-office of the trilogy. I believe the problem here was poor planning on a release date. This film was up against Spider-Man Homecoming’s second weekend and while it won, that’s still stiff competition. Wonder Woman was also still in theaters and taking some audiences. In hindsight, War for the Planet of the Apes should have been released later in the year. Maybe August or even better, mid-October. Either way, this film deserved way more recognition. 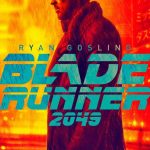 The first word that comes to mind when I think of Blade Runner 2049 flopping is ‘hubris’. It’s the only way to explain what was going through the mind of whoever greenlit this. The original Blade Runner film was 30 years ago and unlike properties like Star Trek or Star Wars, it did not maintain a constant presence in pop culture. And quite honestly, the fandom of Blade Runner is much smaller than people want to admit. Like War for the Planet of the Apes, I think that this is actually a really great film. But there were also a lot of factors that lead to it being a dud. Obviously they overestimated interest in a follow up to Blade Runner three decades later. But making the film damn near 3 hours was also a death sentence. The majority of audiences aren’t going to sit in a theater for 3 hours for this kind of film. Had they cut it to under 2 1/2 hours then there would have been a different tune. 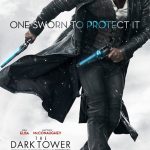 Having Idris Elba and Matthew McConaughey in a movie together based off a Stephen King novel and still flopping has to be the film equivalent of blowing a 3-1 lead in the finals or a 28-3 lead in the Super Bowl. The initial excitement for this movie wore off when we all realized they were showing the same trailer over and over again. Then word of the script troubles and short run-time hit and well we all decided it was better to just pretend this movie never happened.

Ghost in the Shell 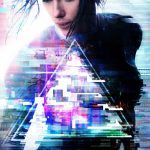 The minute Scarlet Johansson was cast this movie was doomed. Whitewashing is such an interesting phenomenon now because it rarely works out. If Hollywood execs are so worried about their bottom-lines, then white washing makes no sense. With Ghost in the Shell they really tried several different tactics. First it was that they needed to cast Johansson because she was a big name actress and it would sell the movie. Well, that didn’t work out. Then they told us that the role wasn’t actually whitewashed. And to be fair, maybe in the most literal definition of the term, they were right. They reimagined the Major to be a white woman. It was just that the consciousness of the Asian character was put into a white body. What could possibly go wrong?

King Arthur Legend of the Sword 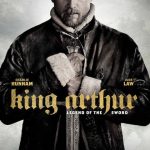 Warner Brothers spent $175 million on a King Arthur themed, Guy Ritchie directed music video (And it couldn't even make its budget back). That's basically what King Arthur: Legend of the Sword was. A bad metal music video. Everything about this project was a bad idea. First, while I like Guy Ritchie’s work, his style is not one that I would think would work for King Arthur. Second, Charlie Hunham has the charisma of a wet blanket. Add in a weak script, effects that looked both too expensive and too cheap at the same time and the only significant female character in the movie being called The Mage and well…this was doomed from the start. Ritchie is doing Aladdin next and well, I don't have much hope for that either. Someone lock him in a room and force him to finish Sherlock Holmes 3 which is what he should be working on. 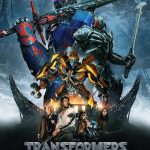 It took five films but it seems like audiences have finally figured out that Michael Bay’s Transformer movies are pretty bad. Despite some hot takes that claim this is proof that audiences are “Tired of cinematic universes”, its really just proof audiences are tired of bad movies. It also didn’t help that the promotion for the movie just felt deflated. Optimus Prime was a bad guy, the world was suddenly dystopian and absolutely nothing made sense. For the first time in the franchise, the trailers weren't even good enough to get people's hopes up. The result? The lowest opening weekend of any of Bay's Transformers movies (only $45 million), lowest domestic gross ($130 million) and lowest world wide gross (an abysmal $605 million). 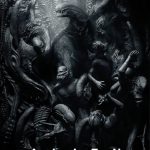 Oh Ridley Scott...It seems like Ridley Scott is determined to run the Alien franchise in the ground. For some reason he thinks people go to the Alien movies for the A.I. storyline and not the xenomorphs. When it comes to the Alien franchise Ridley Scott is one of those dudes that hears his date say she doesn't like something but he orders it for her anyway while saying "no no, you just haven't had it made right." Scott thinks the thing audiences are interested in is the origins of the androids from Alien and not the creature that goes from face-hugging rape crab to chest bursting murder machine. When Scott's Prometheus 2 got canceled we should have all known he was going to force it into Alien: Convenant which is exactly what he did. The trailers and promotions of this film lied like a Tinder date who lists himself at 6'2 when he's really 5'4. And while the movie made its money back, it's very clear that fans weren't exactly happy. Fox has canceled the rest of the series leaving Scott to wonder why his Alien franchise isn't as big as Star Wars. Look in the mirror Scott. Look in the mirror. 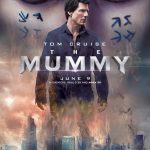 For some reason when I posted this a few days ago, I posted the version that was missing The Mummy. That’s how bad this movie was, I didn’t even notice it was missing from my losers list. Make no mistake, this film was a disaster of an idea from the beginning. With all the shit that Warner Brothers and DC get for their DCEU stumbles, at least they got it off the ground. Universal’s Dark Universe can’t even get a decent movie out. First there was Dracula Untold which was supposed to kick off the universe and it went as terribly as you’d expect. Then there was this brilliant idea to reboot The Mummy but make it nothing like the cult classic. It wasn’t all bad. They went with a female mummy and then roped in Tom Cruise and Russell Crowe. But audiences weren’t dumb enough to be blinded by any of that and saw how stupid this whole thing was from the jump. The film only made $80 million domestically and pulled in 80% of its total gross from overseas. The movie did so poorly Universal seems to have finally pulled the plug on this ill-fated idea. The planning for this universe made what Warner Brothers is doing with its DC Films look genius.

So there you have it. My list of losers for 2017. What movies disappointed you in 2017? Leave a comment and let me know.