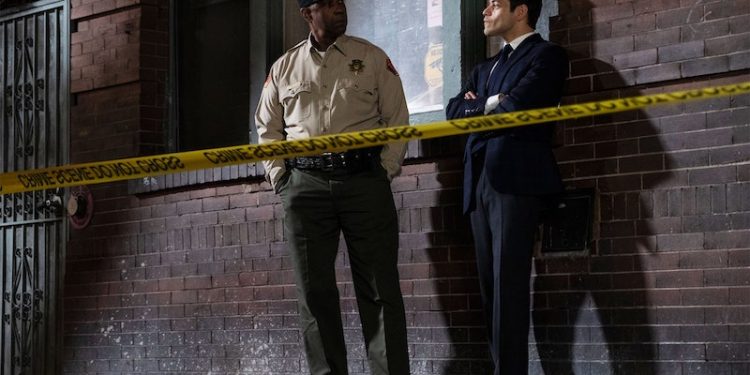 There is a good movie somewhere in The Little Things, unfortunately it's just not included the 127 minute runtime of the film. Which is a shame considering the talent put together for this film. How does one waste Denzel Washington, Rami Malek, Jared Leto, Michael Hyatt and so many other talented actors? To be honest, I would have to say it actually takes talent to be that wasteful.

The Little Things feels like director/writer John Lee Hancock got the Cliff Notes of the Se7en script, binged a season of NCIS, listened to some true crimes podcasts and said "my job here is done". The film starts off a disappointment with a scene that feels like it's straight out of a cheesy 80's horror film, right down to a female character written to do the most illogical and absolutely dumbest things possible. If the film continued down this cheesy, horror/serial killer route, it might not have been a good film but at least it would have been entertaining. Instead it's just a boring, slog of a film that thinks it's smarter than it is and doesn't earn any of the payoff it thinks it's delivering at the end.

Denzel is Denzel. I'm never going to say that a Denzel performance is bad. Even his worst performance runs circles around many actor's best. But it's obvious when he's phoning it in and this is one of those times. Malek is fine but if you're expecting a chemistry like Freeman & Pitt from Se7en, you'll be disappointed. It's not bad but it feels forced. Jared Leto puts in the best performance of the trio but at times it feels like he's overacting because the script just isn't strong enough.

Since WB is putting all of its 2021 films on HBOMax, you'd think this is at least a no brainer to check out. Problem is, with a runtime over 2 hours, that still feels like a lot of commitment with little entertaining reward.