The Lion King Is A Hollow But Visual Stunner 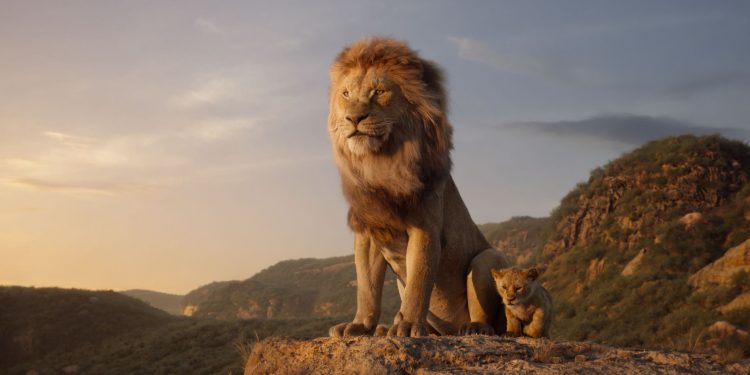 The Lion King7
While The Lion King is enjoyable due to transformative animation and scene stealing performances, it fails to have the emotional weight of the OG.
7

The Lion King: The Circle of Disney Animated Films

The Lion King beings with a recognizable image, Pride Rock.  Lebo M's enchanting voice hits you as ushers in the chants that swells into "Circle of Life." Rafiki (John Kani) holds up Simba and presents him to his future subjects. This scene is pretty faithful to its original 1994 animated version. This Jon Favreau-directed adventure aims to bring the much-loved animated world into the new age. And while it succeeds in that objective with transformative animation, it fails to have the emotional weight of the OG.

Set in Africa, The Lion King centers Simba's journey into adulthood and responsibility. As prince of the Pride Lands, young Simba (JD McCrary) yearns to be just like his father Mufasa (James Earl Jones). Simba wants to become a strong ruler. However, his uncle Scar (Chiwetel Ejiofor) succeeds in taking seizing the throne through nefarious means. He also tricks young Simba into exile.  Along the way, Simba meets Timon (Billy Eichner) and Pumba (Seth Rogan) who raise him into a capable lion. When his family and land is in peril, older Simba returns to protect his land and take his rightful place on the throne. 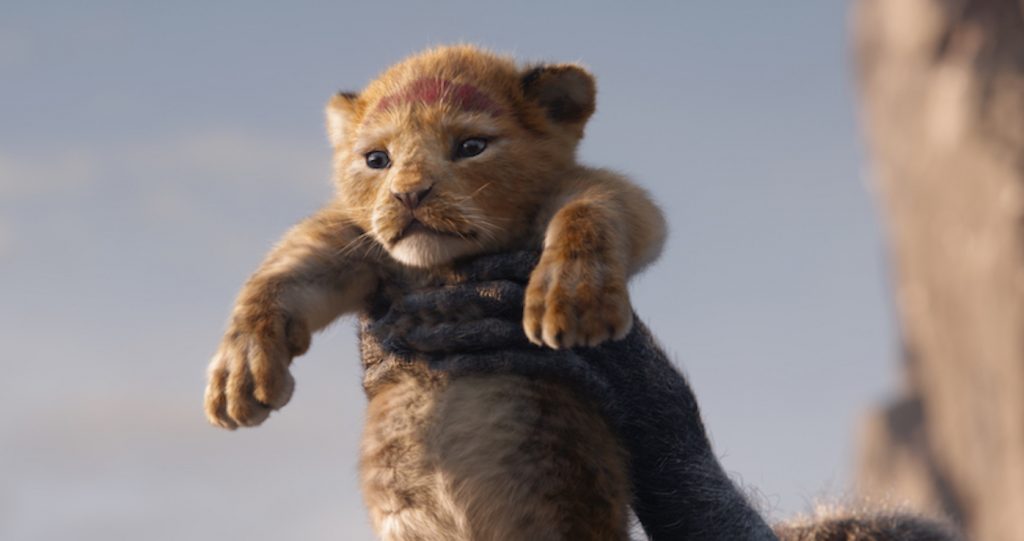 A FUTURE KING IS BORN – In Disney’s all-new “The Lion King,” Simba idolizes his father, King Mufasa, and takes to heart his own royal destiny. Featuring JD McCrary and Donald Glover as young Simba and Simba, “The Lion King” roars into U.S. theaters on July 19, 2019. ©2019 Disney Enterprises, Inc. All Rights Reserved.

It Just Can't Wait To Be Modern

Favreau doesn't shy away from the source material but instead utilizes small changes that make it unique to a new audience. The photorealism of this animation is undoubtedly the biggest change. Close-up shots of animals' faces are perhaps the most shocking. The CGI is so detailed, you can see fur follicles move. Truly stunning, it pops on the big screen and grabs attention.

Another major difference can be found in the dialogue. Eichner and Rogan steal the show as Timon and Pumba. This duo creates moments that mix original content and revamped lines. This choice positions them, a bit, as fourth wall breakers, providing winks and nods to the 1994 film and the broader Disney universe. In one particular scene, a previously edited word in "Hakuna Matata" is said, followed by a tongue-in-cheek callback to the 1994 film. Both Eichner and Rogan play off each other well, and Eichner, in particular, has a surprising, yet satisfying singing voice. 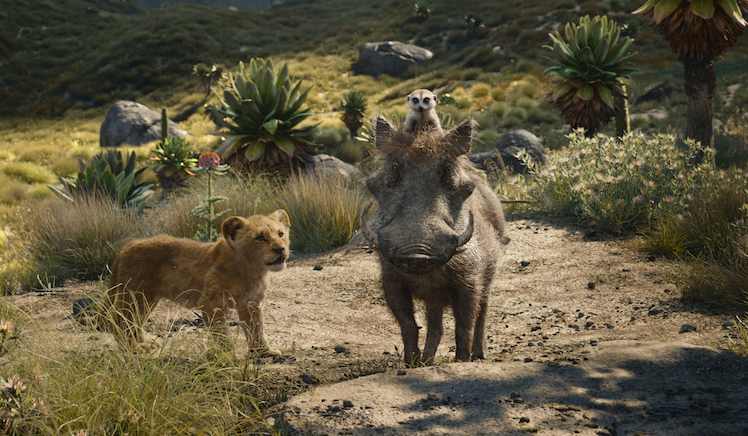 THE LION KING - Featuring the voices of JD McCrary as Young Simba, Billy Eichner as Timon and Seth Rogen as Pumbaa, Disney’s “The Lion King” is directed by Jon Favreau. In theaters July 19, 2019. © 2019 Disney Enterprises, Inc. All Rights Reserved.

But You Can't Always Feel The Love

The voice acting and singing in this film is incredible overall. Unfortunately, it's not used to its maximum potential because of the photorealism animation. The lions look so realistic, it would make the NatGeo staff applaud. And there lies a big limitation - real lions cannot emote. The 1994 film had the ability to drive emotional beats because the 2D animation didn't hold them to standards of realism. The lack of emotion in this live-action becomes apparent in the pivotal stampede scene. When Simba approaches a deceased Mufasa to "wake him up," we don't get the gut-wrenching tears we got in the 2D film. It transforms the scene from one where you're participating in Simba's grief to only observing it. The lion's faces are unable to match the range of the actors' voices, making this and other dramatic scenes fall flat.

Despite this, The Lion King makes for an enjoyable watch. It has all the beats from the original film that nostalgic fans will love while modernizing for a new generation. But you can't help feel the live-action version feels like a skin of what the original is - succeeding in hitting the right notes but lacking the soul needed to propel it to greatness.