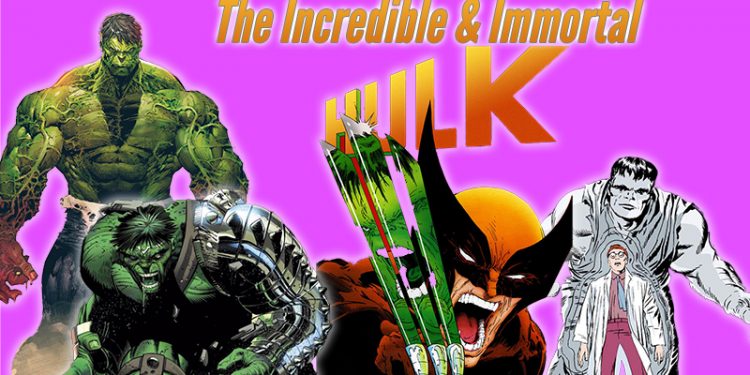 We're finally back with a proper Character Corner. We get back to our roots with this episode. We're not doing Creator Spotlight runs or a Comic Book Book Club. No this time we're just going to take one character and tackle their history and we go for a big one: The Hulk.

Created in May of 1962 (seriously, we didn't plan on doing this episode in May, it just happened), Bruce Banner/The Hulk is an interesting character from Marvel in that his first appearance is is own solo book (Incredible Hulk #1). A lot of other big names from Marvel & DC got their first starts not in their own solo books, but as part of anthology series. The Hulk also built on the horror comics base of Marvel at that time. Modeled after Frankenstein's monster as well as Dr. Jekyll & Mr Hyde, what we see with The Hulk is a character that is written at his best when writers focus more on the horror as well as the internal psychological struggle between Banner & Hulk. Yes, "Hulk Smash" and "You wouldn't like me when I'm angry" are the things that most people focus on but in this episode we look at the runs that really highlight the various personalities and internal war between Banner & Hulk.

Episode note: We don't get too much into Jennifer Walters aka She-Hulk. We will do a separate episode on Walters when we get closer to the Disney+ show coming out.