Toronto Film Festival: The Goldfinch Wastes Time and Talent in a Lazy Adaptation 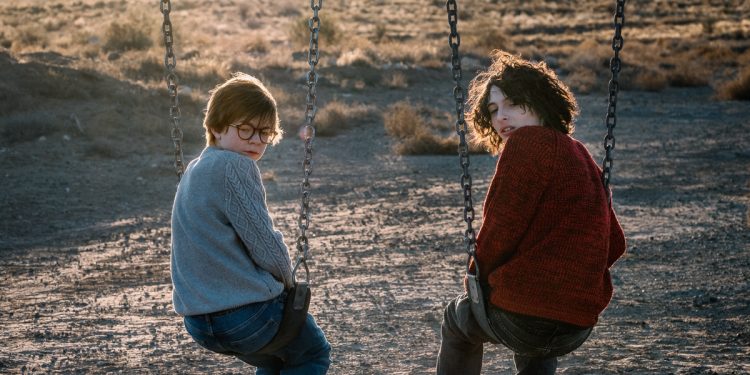 Kriss3
There is a lot of talent in this movie. It just unfortunately is wasted along with the time of the audience
3

I spent a lot of time thinking of how I could explain The Goldfinch in this review. What I came up with was to think back to the most boring, pointless and wasteful moment in your life. Maybe there was one time when you literally sat and watched paint dry. Or maybe it was back in school when that one professor with the monotone voice droned on for the entire lecture about the “intricacies” of 1700’s fashion (no one bathed and everyone stunk, who cares what they wore). Personally, I have a lot of these moments, marked by my eyelids growing 10 lbs and the thought that if I close them maybe when I opened them the horror of the boredom encompassing my life would be over. But none of those moments hold a candle to sitting through 2 hours and 29 minutes of The Goldfinch.

After sitting through 119 minutes of The Goldfinch I’m still trying to figure out the plot. The film is based off a novel by Donna Tartt that I hear is very good. The plot of the movie however, is not. Theodore Decker (Oakes Fegley/Ansel Elgort) survives a bombing at the New York Metropolitan museum that kills his mother. In the ruble of the explosion, Theo meets a man named Welton Blackwell who gives him a ring and seemingly points to the picture of Carel Fabritius’ The Goldfinch. Theo takes the painting and…

I’m sorry, I’m going to stop here because this is as coherent as the movie gets and about where I check out. I’m not even 10 minutes into the 119 minute runtime. A dying man gives someone a ring as his dying wish? Is this Hal Jordan’s origin story? No of course not. At least Hal got a power ring. Instead Theo gets a ring that…does absolutely nothing and has no actual meaning in the rest of the film other than being a reason to cast Jeffrey Wright as Hobie. The movie never actually addresses why Theo took the painting of The Goldfinch and why he never turned it in to authorities. Now one could infer that maybe it was a painting that reminded him of his mother and he felt the overwhelming need to be protective of it because he couldn’t protect his mother. I can go with that. However, at no point does this film earn that interpretation. Instead it drags on with well shot sad scenes that never land because in the back of your mind you’re screaming “But what does any of this have to do with the painting?” And then the end happens and the film turns into the laziest attempt at a 15 minute crime thriller. 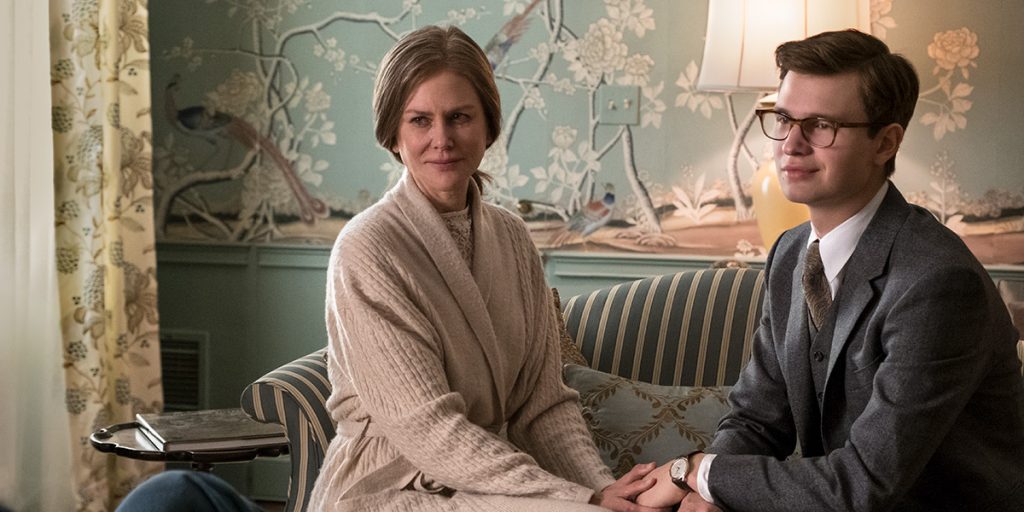 The only thing more wasted than the 7,140 second run-time of this film is the talent. Nicole Kidman as Mrs. Barbour may be the most wasteful use of talent in a 2019 film. Kidman’s character is the one that first takes in young Theo after his mother is killed and the film starts to build a caring relationship between the two. At one point you think Theo has found his new mother but then his biological father (Played by Luke Wilson) shows up and whisks him away to Las Vegas. At that point any maternal bonding between Mrs. Barbour and Theo is discarded. When they’re later reunited after several years, there feels like there’s a gap between how the characters are portrayed and how the audience should connect to them.

For 7,140,000 milliseconds, the cast of The Goldfinch looks just as bored as the audience. Kidman isn’t the only wasted cast member. Finn Wolfhard is great as young Boris but once his character gets interesting he disappears. Characters that disappear the minute the audience starts to care about them is a recurring theme with almost everyone in The Goldfinch. As soon as a character gets depth, there’s a cut to a time jump and you’re stuck screaming at the screen “No, go back. That was actually interesting…DON’T CUT AWAY NOW”. Ansel Elgort is a better actor than the script allows him to be. There are moments when he shines but due to highly questionable editing choices, those moments are cut away from and fleeting. Everyone on this cast deserves better. They did their jobs but were let down by both the script and the editing. 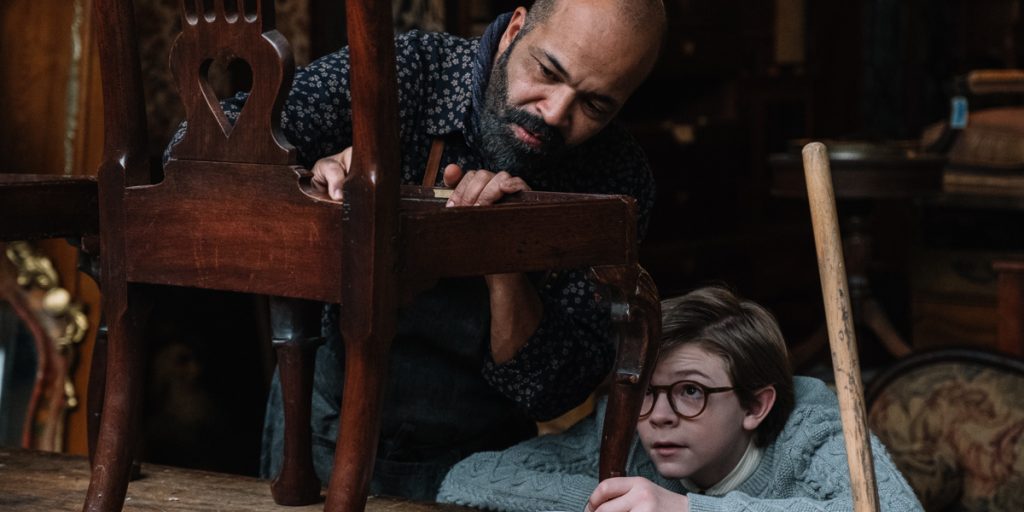 As I walked out of The Goldfinch, I avoid any reps as they were asking members of the audience what their favorite scene of the movie was. My answer is simple: The credits. Because it meant I was no longer being held captive by the most unimaginative and laziest movie of 2019.  There are much more engaging and interesting ways to spend 7.14 x1012 nanoseconds than sitting through The Goldfinch. Even if you don’t believe so, I believe your time is more valuable.

Kriss & Ro recorded a spoiler review for The Goldfinch to dive deeper into just what is wrong with this film. If you're a premium member, you can either play the content below (or you can play it off of the Premium feed) after signing in. If you aren't a premium member, sign up here to listen.