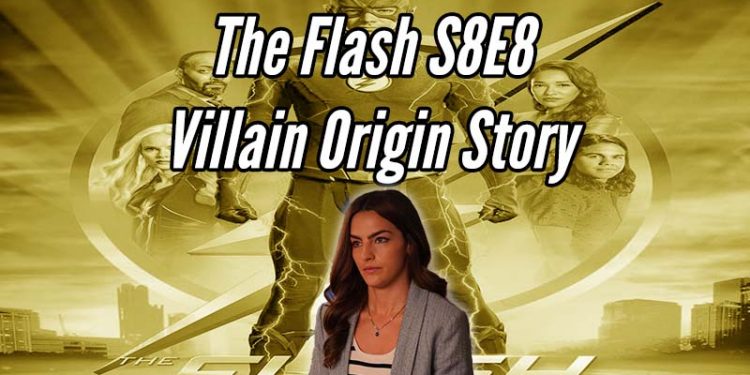 This episode of the Flash was a villain origin story. When Taylor destroys Allegra's life, just know, it was deserved. We appreciate that the show didn't smooth things over and make it seem like everything was okay. Nope. Allegra pulled a really terrible move (and Iris reenforced it) and so when Taylor burns down the Citizen, well...they had it coming.

For the main story, it was nice to see how Barry was dealing with the emotions of his father's birthday. This episode didn't paint him as being completely irrational or compromised by his emotional state. Rather, it made him lean on his instincts and the evidence in the case to bring a different perspective. This storyline would have hit a bit harder if Jaco was a villain the audience had more of a connection to. It could have built the doubt about his innocence a bit better. It will be interesting see what they do with this new Meta and if it ties into a larger story.

Also, the Flash is officially coming back for season 9. Flash and Superman & Lois got the green light for their next seasons. We're still waiting to see what happens with Legends of Tomorrow, Naomi and Batwoman. In non-Flash news, the Morbius director decided that the best way to get people to see his movie was to...spoil it? Bold move Cotton...