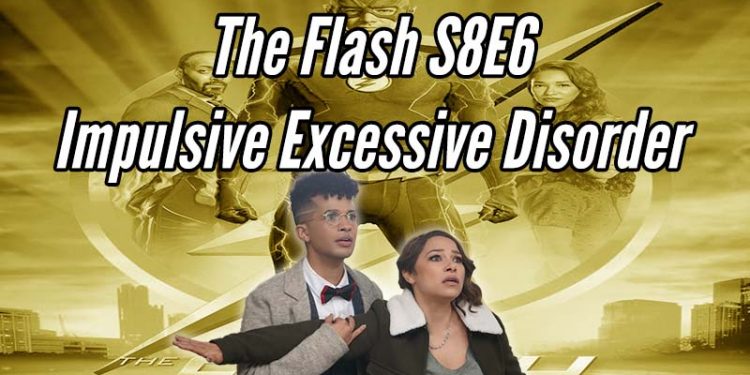 The only live action Flash we're getting in 2022 is back. With news that The Flash movie is delayed...again, that leaves Season 8 (and potentially Season 9) of CW's The Flash the only version we're getting. It seems like the merger between Discovery & WarnerMedia is leaving a lot of things in flux right now. Normally the CW shows are all renewed by now butt so far nothing really is. There is news that Grant Gustin is locked in for a Season 9 but no announcement that the Season is actually renewed.

So with that in the backdrop, we have the show returning after it's very long break after only 5 episodes. This episode focuses on the kids, Nora and Bart. We get to to see what this show would be like if it transitioned to new leads and you know what? Not bad. It was fun to see Bart & Nora working to restore the timeline, even though we know there is still something weird going on. The question becomes, whose making the time changes? Nora being the calm steady one while Bart struggles that he's not good enough to one day take on the mantle of the Flash was a great way to have some familiar beats with new characters.

With everything in flux this season is apparently being written as a series finale. We'll see how everything pans out.