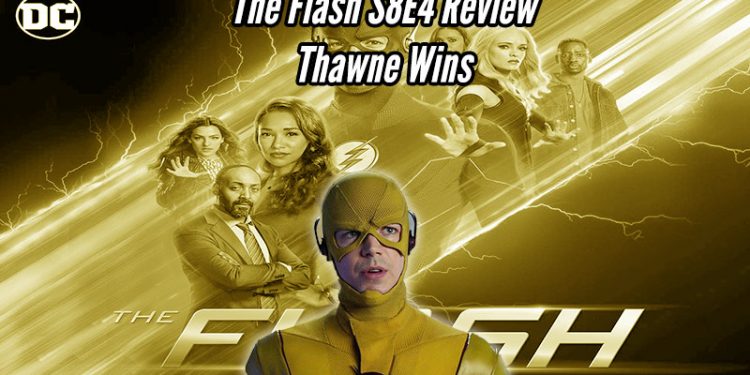 Thawne proves once again that he's a master manipulator of time. He didn't just change a few things in the timeline this time, but rather decided to completely take over Barry's life and basically become him. To top it all off, he fixed a mistake from the first time he tried to stop the Flash and made sure to kill Barry as a child. Thawne really won this time and if it wasn't for Damien Darhk having a soft spot for his daughter, Barry would have been screwed.

Overall this episode was really good. There are a couple of things that didn't work (as well). First, once again the show leans super heavy on the "love being the key" theme. While it makes sense to continue to have that theme throughout this show, it felt out of place at times. We really didn't need the Chester/Allegra part with Alex playing therapist. It just felt forced and repetitive from what we were getting in other parts of the show. Also while it was nice to see Ryan Choi for the first time in the Atom costume, he really was just sitting there like we were supposed to already know his relationship with the rest of team Flash (and even his own personality). Again, none of these things take away from the overall episode but did stick out.

It will be interesting seeing how all this concludes. While Barry was able to get the timeline back to normal (including Joe), now Thawne is pissed because he's the only one allowed to manipulate time. This could be the end of the Allen/Thawne conflict.