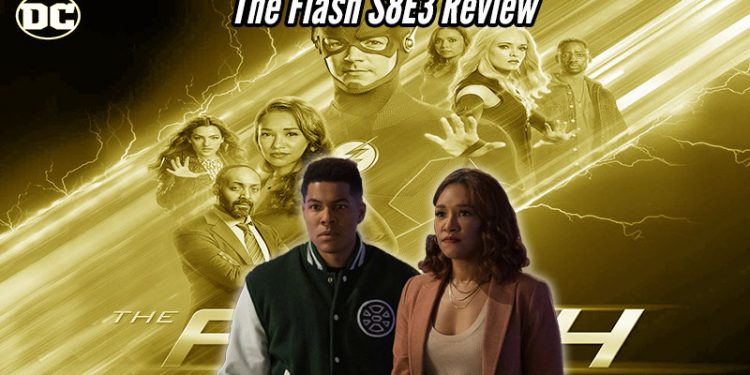 No Legends of Tomorrow this week (apparently the last episode was the mid-season finale) so it's only The Flash this week. We get confirmation that of course it's Thawne behind all of Barry's problems. Thawne couldn't match Barry face-to-face so now we see that he's gone to his go to: Messing with Time.

Outside of the Thawne reveal that we knew was coming there are other things we liked and are keeping an eye on. First, Cecile and her powers are probably greater than most people realize. She's not really training not user her powers so we only get glimpses of what she can do but every time she ends up going well behind what we think are her limits. Also, in the scenes with Barry and Black Lightning, we get more hints that there are things that have happened that we haven't seen since all the worlds merged. That was a nice touch.

We wrap up this episode talking about the Spider-Man: Across the Spider-Verse (Part One) trailer (22:49).