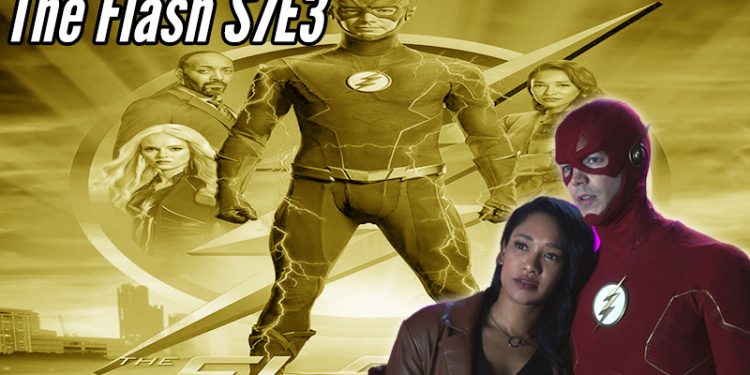 We won't lie. We're grading this episode on a curve. While it's the third episode of season 7, this is clearly what was planned to be the end of last season. COVID ended up cutting that short and so this episode is wrapping all that up. So it's with that context that we're willing to overlook a few things with this episode. It's clearly rushed and a bit cheesy and on the nose ("It's about love"). But that said, it all still fits over all with what the show is trying to do with Barry and his team. Leaning on Barry and his team and differentiating him from his enemies was a big theme from last season. And while very heavy handed, Iris being Barry's "lightning rod" is also a key element of the character.

More importantly we're excited about where the show is going next now that they've been able to wrap up the story they were prevented from finishing last season. Once again  this show is pulling from the latest run of The Flash and we're seeing that not only did the Speedforce come back but it seems we're getting the other Forces as well. Which should be pretty exciting. Also, how they decided to handle the firing of Hartley Sawyer was hilarious.