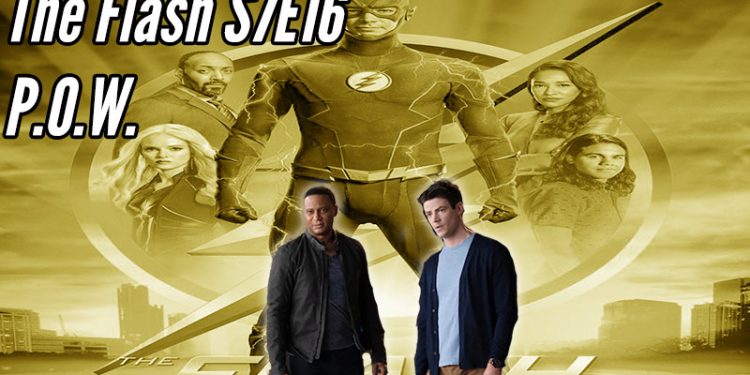 Overall this season of the Flash has had its ups and downs. But it's important to remember that this was also a shortened season affected by Covid. That said, this episode before the 2-part finale does a lot but that's not necessarily bad. We didn't like what they did with Ultraviolet this episode. Felt like they fridged her right after an episode where they saved her. We're hoping this isn't the case. But outside of that, everything else worked really well. It was nice seeing Diggle and the continued drive towards him being a Green Lantern. We hear them saying its not happening but then we see this episode and well...it better being happening. We also see them trying to tie everything back to the forces with Deon showing up. It was feeling a bit awkward not seeing Iris the last two episodes but they cleaned it up a bit with the reveal this episode. There's just A LOT going on in this episode and while most of it is good...its still a lot. Part of that again feels like an aftereffect of Covid shootings, schedules and having to wrap up the last season at the beginning of this season.

We definitely have a feeling that Thawne is behind Godspeed which would be fitting.  August Heart definitely has a "The Return of Barry Allen" feel to to him but we'll see. Also we finally get the kids showing up, XS and Bart. And the suit looks better in motion than it did in the screenshots. So bravo.

We're going to cover the two part finale on episode so we'll be back in two weeks to wrap up season 7 of the Flash.