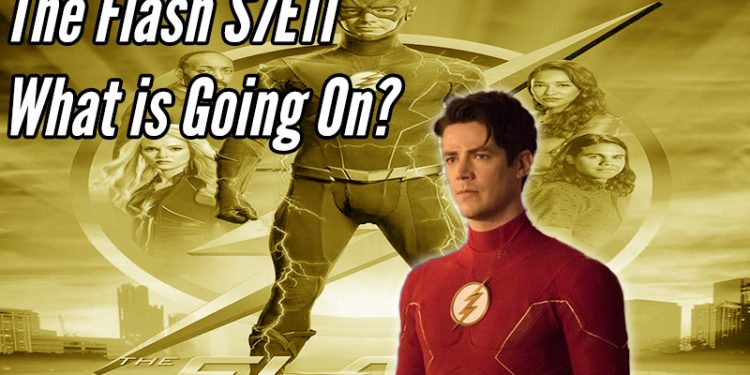 What the Hell was that? Seriously. What the Hell is going on with The Flash? We got a bit excited when we saw they were taking from the Williamson run and doing the Force War. There was so much potential with that story, particularly with dealing with Barry and bringing Family back together. And instead we get a two part, contradictory storyline that makes absolutely no sense. First it was the Forces were bad and tried to kill the Speedforce and needed to be stopped. Then it was Nora/SpeedForce was really the evil one (complete with a switch over to Goth attire). Then it was the Forces are Barry & Iris' children and need to be protected from their "sibling" the SpeedForce. We're just gonna ignore all the people Psych and Fuerza killed. Then...inexplicably this the forces go back to being the "bad guy" cause they're tearing apart of the city (unknowingly I guess? It's never really explained). We get some really really REALLY bad CGI in a fight. And then in the end, just like with Eva, it's all taken care of with the power of "Love". And that's all in addition to the random Frost storyline that literally erases The People vs Killer Frost (why did we go through all that just for her to be paroled for doing what she already did but now in a pointless fight?) and Joe West for some reason deciding to not be Joe West and sit on his ass and do nothing. Whut?

Guys...this was not good. It was really really really bad. So bad it actually gave us pause as to whether we want to even finish the season and that has NEVER happened before for this show.We were giving them the benefit of the doubt at the beginning of the season because of Covid and the need to wrap up the last season. But now there's no excuse. We're glad they're taking a week off because we need a moment to talk ourselves back into finishing the season.