The Flash S7E10 Review: We’ve Done This Before 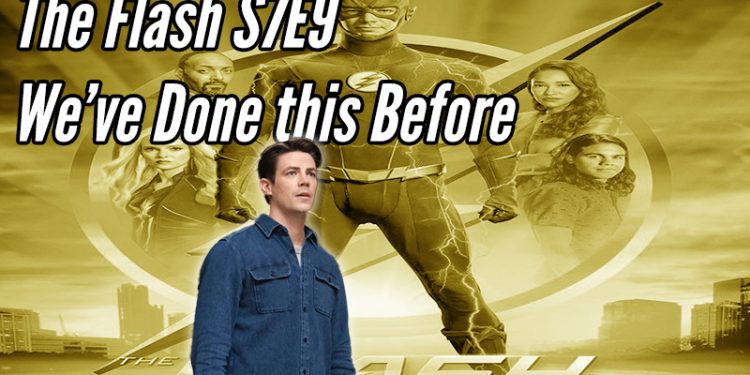 Episode 10 of Season 7 of  The Flash (Family Matters Part 1) is a bit of a frustrating and disappointing episode. Yes, this season is doing a great job of sticking to the theme of family and making it connect to all the characters on the show. We're also happy with the adaptation this season is doing with the Williamson run. That said, this episode was disappointing because it feels like Barry had a huge backslide. We've done this before. We've seen Barry push someone he's training too hard and not be understanding. Watching Barry push Alexa was just annoying. His whole thing of "We need to do this to protect yourself" made no sense. There's no indication that the other forces, even when trained could stop the Speed Force (see the end of the episode). Not only that but just logically, it makes no sense to train someone to use this power when you don't even fully understand it yourself. It would have made more sense if it was Iris or someone else on the team pushing Alexa to train but not Barry. Especially when he made a boneheaded decision the last episode (time travel...again Barry?). It shouldn't have taken Caitlin pointing out that Thawne Wells should more patience and understanding when trying to teach Barry to use his powers than Barry showed Alexa. Come on man.

Our hope is that since this is a Part 1, Part 2 will make up for this momentary lapse. The good news is Barry seemed to finally get it. Problem is, in the end Alexa still went to help him so did he really learn a lesson? We'll see.  We'll also see what's next for Joe now that he's stepped down as Captain. We're really curious as to what Kramer's problem is. Her fight against metahumans seems way more personal than "a meta betrayed my team".