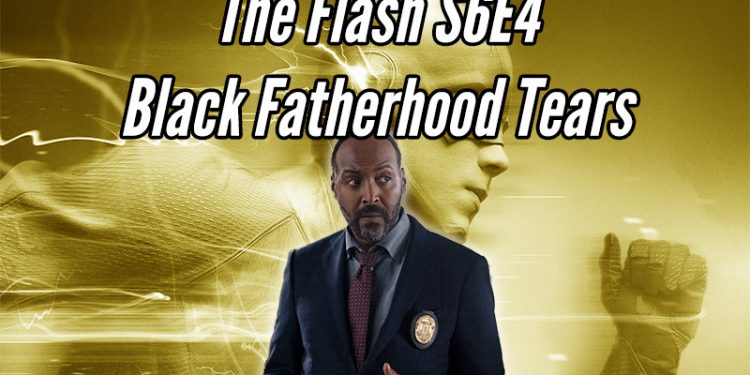 The Flash S6E4 reminds us once again that out of all the Arrowverse shows, The Flash has the best acting. The touching scene with Grant Gustin and Jesse L Martin is a great moment to remind us that Black Fatherhood moments are still going strong on this show after 6 seasons and that these two have some of the best chemistry on TV. But not just them. This entire cast is working well together this season (and has been for a while now). This is a far cry from seasons 3 and 4 where it felt that the writing of the show wasn’t giving this strong cast the room to show just how much of a load they could carry. Ironically enough, with the theme of the opening of this season being Barry making preparations for the team to carry on after he’s gone, the show is giving the rest of the cast a chance to carry parts of the story without leaning so heavily on Gustin.
At the end of the day, The Flash (both TV and comics) is about family and this season has done a great job showing that. Each member of team Flash is taking the news that Barry has to die so billions can live different ways and they all feel genuine. Even Ralph, who is one of the newer members of the cast has his emotional reaction feel real. Barry is the whole reason Ralph has the life he has. One because Barry literally saved his life but also because Barry helped him get back in touch with being a real detective and helping people. Then when you take all of this and Barry’s acceptance of his fate and juxtapose that with Rosso and his refusal to accept he will die, we have a compelling story.
Also…once again, a Wells showing up is always connected to the larger plot. And Nash Wells is hunting the Monitor. What could go wrong?