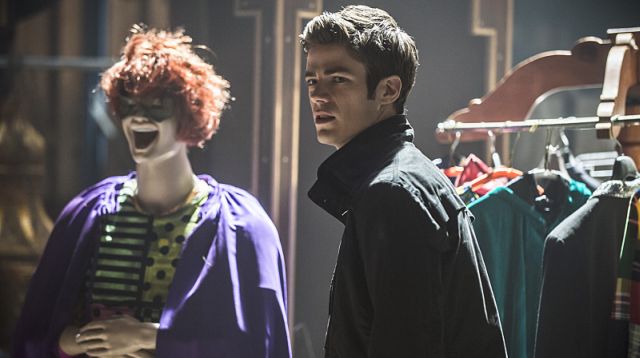 The season isn’t done yet but at this point, The Flash IS the best first season of a comic book show ever done with the exception of maybe The Walking Dead.  To me it is impossible to not love this show. At this point if you watch The Flash and don’t like it or continually harp on and nitpick the small things…we can’t be friends. The show is that good. 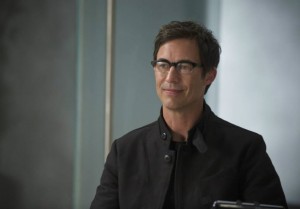 We’re down to the last 7 episodes of this season and it’s clearly a race to the finish (no pun intended). They opened this episode by giving us an extended look at the Flash and Reverse Flash fighting in the past at Barry’s house 15 years ago. While you can definitely tell it’s not movie-quality CG, you have to admit it’s damn good especially for the CW. But it’s not just the effects that make this show good, it’s all the twist and turns they throw in. Harrison Wells has always been sketchy and clearly up to no good. But the reason I was always hesitant to point to him as Eobard Thawne was because it was too obvious. I knew that there had to be a catch in there somewhere. And this episode shows us just that. As soon as the Reverse Flash removed his mask in the past and it wasn’t Tom Cavanagh’s face I was so confused. But as the episode goes on and explains what happened, it’s mind blowing. Thawne not only killed Barry’s mother but also Tess Morgan AND the real Dr. Wells. Here’s why this is awesome. Remember what Wells/Thawne (Now that I know that he assumed Dr. Wells identity i feel icky calling him Wells) said to Barry last episode about how many people have to die if his mother lives? Thawne was warning Barry about the major consequences that could happen if he changed the past (oddy enough something Thawne has already done). If Barry stops Thawne then Thawne doesn’t cause the accident that kills Tess Morgan and take over Dr. Wells identity. That means the development and construction of STAR Labs and the Particle Accelerator aren’t sped up. There’s so much that can happen here. 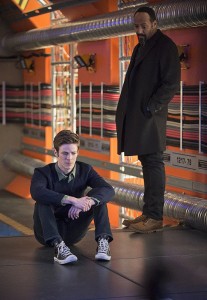 On top of this, we now have Barry finally realizing that Wells isn’t the person he claims. Joe tells Barry they have to be patient and plan their next move but that’s not Barry’s style. Barry wears his emotions on his sleeve. Deep inside he knows he can’t trust Wells and he has a hard time not showing that. I’ve seen a lot of people complain about how they didn’t like that Barry couldn’t see Wells was up to something. I think sometimes we as an audience forget that we know more information than the characters on the screen. Joe’s Black Fatherhood Moment of the Week did a great job of explaining why Barry “fell” for Dr. Wells. Barry sees the good in people and in Wells he saw a fellow scientist mentor. He finally had someone who understood him and he didn’t question it because of all the help Wells has been giving him. There was no reason not to trust him. Joe on the other hand is a cop. His job is to see through the lies, ask the tough questions and be a bit distrusting. But he wishes he could be like Barry and see the world as Barry does. Joe West is father of the year. Hands down. 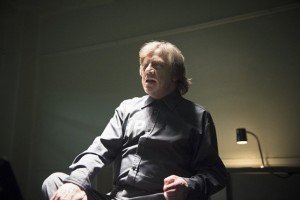 Speaking of fathers…Mark Hamill killed his role as James Jesse. He channeled a little bit of everything. When he was in Iron Heights prison he was even giving us a little bit of that Joker voice we grew to love. Not gonna lie, I almost fell out when he told Axel Walker “I am..your father”. Nice Star Wars reference there guys. Well done. Definitely wouldn’t mind seeing Hamill back as the Trickster. Devon Graye wasn’t bad but this was clearly Hamill’s role and the title of Trickster belongs to him. He also gave us a way to see something that I’ve been waiting all season for:  Barry to phase through a solid object. When Wells was explaining it to Barry I damn need stood up in my living room because I knew it was going to happen.Then to sweeten the pot they had Wells talking Barry through tapping into the Speed Force in order to do. They actually said ‘Speed Force’. Geekdom overload. Of course in doing so Wells has now overplayed his hand and Barry knows Wells is “the man in yellow”.  Considering how poorly he handled his distrust of Wells this episode, it will be interesting seeing Barry’s interactions with Wells going forward.

With Barry revealing himself to his dad and to Eddie, it leaves me wondering why he just doesn’t reveal himself to Iris now. I’ve understood the reasoning for not doing it before now but at this point, the best way to protect her would be the truth. Iris is going to keep digging even after the weak explanation Eddie gave her for Mason Bridge disappearing. While I know this won’t be forever and that they’ll eventually bring Iris into the fold, I’m afraid they’re going to do her like Laurel Lance on Arrow. See, I like Laurel and the development they’ve done with that character but I feel as though keeping her in the dark so long really hurt the general perception of the character. I’m afraid the same is/will happen to Iris if they aren’t careful. Iris isn’t a damsel in distress and I hope they give her more to do so we don’t have to wait several seasons for her to come around.

Now there are only 6 more episodes left. I’m not ready for the season to end. This has been a joy to watch and review. And that promo for the rest of the season? It’s about to get EVEN BETTER. Can’t wait.