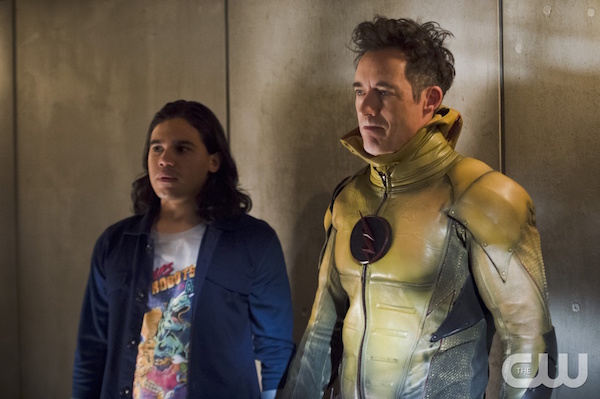 We got King Shark and Gorilla Grodd already this season, what more do can they do on this show? That's rhetorical by the way.

I'm not going to write a long recap on this episode because we talked A LOT on the Super Tuesday Recap for this episode. You're going to want to listen. Dpalm and I talk about how great Grodd looked this episode and how you can tell they got a budget increase. First season Grodd looked great but they shot the scenes to give it more of a horror movie feel to limit showing us shots of him. Not this season. Not only do we get Grodd in all his glory frequently, but they even gave us a shot of Earth-2 Gorilla City which is just them showing off at this point. Anyway, check out our full recap to hear us talk about the fatherhood moments, Cisco & Harry's Teamup, Iris embracing the best friend role and more of our theories on Henry Allen or Wally West being Zoom. We even throw in some extra talk about diversity.

Don't forget, leave us a 5 Star Review on the Super Tuesday Recap feed and we'll read it on air. Next week The Flash is on break but we're going to try to throw in our Jessica Jones Netflix review then. When Flash comes back, it will be the big Legends of Tomorrow crossover with Arrow so we'll throw in an Arrow review as well. So Stay Tuned!