The Flash Review – S2E5 The Darkness and the Light 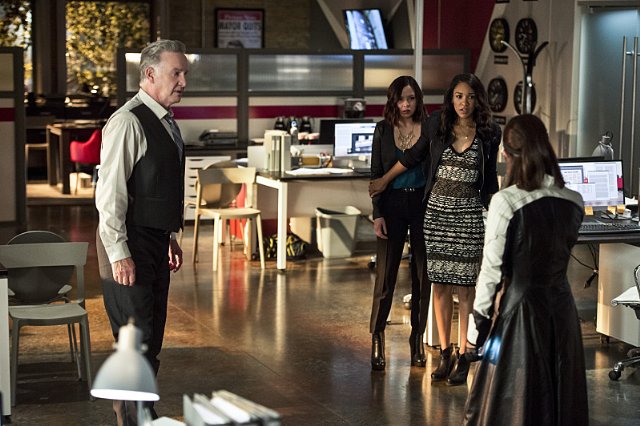 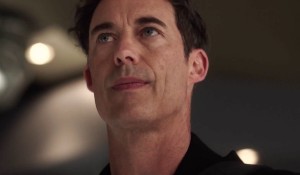 Even though this is the first time we’re meeting the real Harrison Wells, it’s almost like he never left. It’s great to see Tom Cavanagh back on the show and interacting with everyone else. The one potential problem I saw with the outcome of last season is that we wouldn’t be able to get Dr. Wells interacting with the rest of the STAR Labs crew but Earth-2 has fixed that issue for us. There’s a lot of interesting things surrounding Dr. Wells that we bring up on this week’s Super Tuesday Recap. The first being how does Dr. Wells know so much. He seems to know to call his Earth “Earth-2”, he knows that Zoom is hunting down other speedsters in the Multiverse, he knew to go to Mercury Labs  on Earth Prime to get what he needed to build his weapon, etc. One theory that hit me after the recap show is that we suggested that Zoom might not be an Earth 2 native but maybe this Wells isn’t either. He might have gone to Earth 2, built up STAR Labs, “accidentally” created Earth 2’s metahumans (including the Flash), then drawing Zoom to Earth 2. Something is definitely going on with Wells and I think its more than Zoom has captured his daughter. Why did Zoom capture Well’s daughter in the first place? What does Zoom want from Wells? 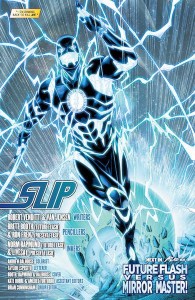 In the comics there was a future Barry that was Blue...

You should really listen to our Character Corner on Wally West if you want some background on the character of Zoom. He’s originally more of a Wally West villain than a Barry’s. The Zoom we see on The Flash seems to be tweaked from comic book Zoom. What’s interesting about Zoom is that one of his powers on the show is that he seems to be able to steal speed from other speedsters. The Zoom in the comics actually isn’t a speedster (his “speed” comes from the manipulation of time). Wally however, is able to zap the speed from other speedsters by tapping into the Speed Force. So the question is, is Zoom on the show Earth 2 (or another Earth’s) Wally? My theories are its either a non-Earth Prime Wally West or they really go with his comic book alter ego Hunter Zolomon. One interesting thing, in the comics, there’s a Future Barry who is in a blue costume like Zoom is this season. I think that could give some weight to people who think Zoom is a future version of Barry. But to me that would be too heavy handed, so that’s why I think it makes even more sense for it to be Wally. A Blue clad Wally who is from the future and going around “fixing” the Speed Force. 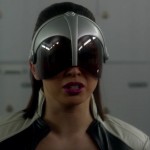 Overall this was a fun episode. I’m really enjoying how they’ve responded to the criticism of Iris in season one and have not only made her character better but aren’t making the same mistakes as season 1. There’s a scene in this episode where Iris, Patty, Linda and Barry are all in a room together and there’s no awkwardness. Iris even encourages Barry to go on his date with Patty. I really enjoy seeing Iris and Barry being best friends right now and not spending all their time being awkward about their feelings for each other. Barry and Iris being together may be the end game but it doesn’t have to be that way right now. Also, because of all the time travel, it may not even be the end game any more (Patty is with Barry in the comics right now). I honestly don’t care who is in a relationship with who at this point. I want whatever makes the show great and right now, Patty & Barry together with Iris as his best friend really seems to be working.

If you want to hear more about what we thought about this episode of The Flash, The Darkness and the Light, check out our Super Tuesday Recap on iTunes, Stitcher or direct download.