The Flash Review – S2E4 The Fury of the Firestorm 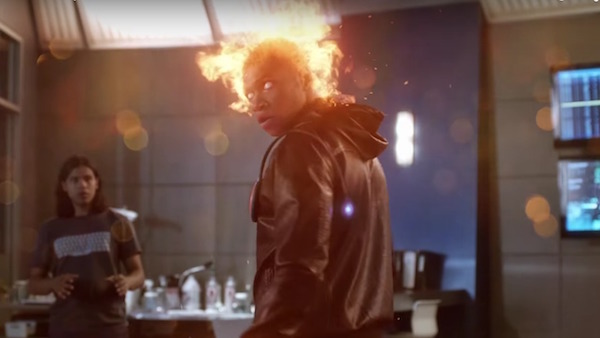 On Monday I wrote an article called “The Flash and Normalizing the Black Family”. It focused on how Joe West and black fatherhood are the solid foundation on which the show is built. Originally I was going to title the article “The Flash: The Blackest Show on TV”. I wanted to name it that because I knew that episode 4 would be introducing Jefferson Jackson as the new Firestorm. However, I decided at the last minute to make the focus of the article more narrow on Joe because I wasn’t sure how Episode 4 would actually go. Sure, we were getting a black Firestorm and sure, Jefferson Jackson (two last names) is one of the blackest names you can come up with. But I still wanted to wait to be sure. Well, I should have stuck with my original title. 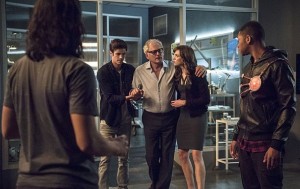 Having just watched The Fury of Firestorm for the second time I can confidently say that this is one of my favorite episodes of the Flash. What’s so amazing about that is the focus isn’t on Barry at all and he really only suits up once (twice if you count the very end). What makes it so good for me is that this episode sneaks in some lessons about race without making the average viewer think they were about race. If you’re a minority though, you’ll definitely recognize the subtle racism and respectability politics surrounding the Jefferson Jackson/Henry Hewitt story line. It might even make you uncomfortable a bit because it hits so close to home. Caitlyn automatically assuming that Henry would be the better choice to be a superhero because he went to college and graduate school and is a scientist like everyone else at STAR Labs. As she put it “He’s trying to do something with his life.”  Unlike Jefferson Jackson who was a straight A student in High School but was also a football player. He didn’t go to college and is working as a “lowly” mechanic. The respectability of Henry being a better person and doing more with his life because of appearances when Jefferson had a better heart is something many of us have experienced. The reason why this episode works so well for me is that it is very self aware of how messed up this is. The key to this was Barry. I didn’t really notice it until my second watch, but Barry seems to be very aware of the dangerous and foolish game of respectability Caitlyn and the rest are playing. Being raised by a black father and with a black sister, it seemed pretty clear to me that while it wasn’t directly stated, Barry was perfectly aware of the race dynamics at play here. The perfect example of this is when Caitlyn realized she messed up by pushing Jefferson Jackson away:
[quote]Caitlyn: “I just didn’t believe that he has what it takes”
Barry: “This isn’t because you didn’t believe in him”
*He pauses, rolls his eyes a bit and gives a dismissive huff then says*
“Sometimes great possibilities are right in front of us and we don’t see them because we choose not to. I think we need to be open to exploring something new"[/quote] 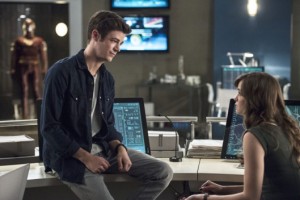 Barry’s entire demeanor during not only this exchange but every other one prior with Jackson shows that he’s very aware of the subtle underlying issue. I highly recommend everyone rewatch this episode and pay particular attention to Barry. Grant Gustin is saying a lot during these scenes with his acting and body language that you really need to be paying attention to notice. Without that I think the nuance of what was being said in this episode gets missed.

I’m really loving the interactions between Joe and Iris this season. You can definitely tell that they heard the complaints about Iris last season and have done a great job turning her into an even better character. They’re really playing up her investigative journalist side. Truth is, they kinda just leap frogged her to that point. Last season she was nothing more than a blogger, this season she’s getting front page articles and is a full blown journalist. I’m not even questioning the “How?” because I think it’s been a great move for the character. Even better is the increased focus on Joe & Iris as father and daughter. To me it’s one of the best father/daughter relationships we’ve ever seen on TV. They both seamlessly move to protect each other out of love. Last week it we found out Joe was protecting Iris by telling her that Francine was dead. This week it’s Iris protecting her dad by telling Francine that she has to leave and never tell Joe about his possible son. This is such a real and heavy subject it’s amazing that its happening on a TV show.

If you want a more in-depth discussion of this episode check out our Super Tuesday recap. Dpalm & I were joined by Leslie from the Interracial Jawn Podcast to talk bout this episode.