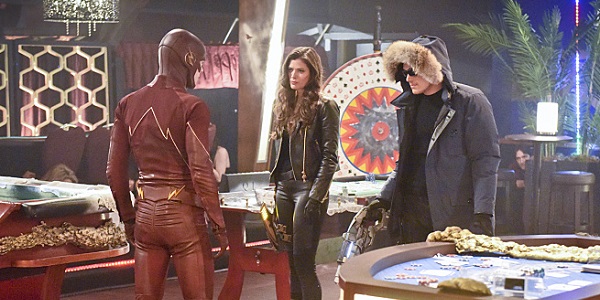 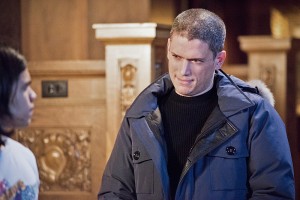 Time travel has consequences and Barry Allen learns that the hard way in this episode. It actually drives home the point that Oliver made when he trained Barry. Barry gets ahead of himself and rushes into situations without thinking. I agreed with Barry’s initial decision to stop Mark Mardon. As bad as things got this episode, I still think this was a better outcome. In last week’s episode Captain Singh is badly injured, Joe is also badly injured and possibly going to die, Cisco is dead (although Barry didn’t know this) and a tsunami is about to hit the city. I’ll take Barry’s hurt ego and a dead newspaper writer over that previous timeline. Even Snart finding out about Barry’s identity is a better outcome but I’ll get into that later. Truth is, Barry got greedy. He’s so in love with Iris instead of letting her come to terms with her feelings on her own he tried to force her hand. Part of what pushed Iris to tell Barry how she felt last week was that she had everyone calling her out. Because Barry rushed into this situation without all the information, none of that happened. Barry had no idea the pressure Iris had on her pushing her towards coming out with her real feelings (Linda, Eddie and Joe all got on Iris last week). When it comes to love and feelings, people have to come to conclusions on their own. If you try to force it on them, even if what you say is true, they’re going to resist. Barry learned a hard lesson here. Iris has to come to him not the other way around. It sucks because for most of last episode he was clueless about Iris’ true feelings for him. But once he found out he sabotaged his own relationship with Linda and now he’s single again with no one. It really sucks because I liked Linda and Barry together. 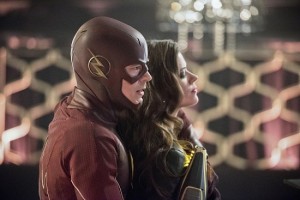 This episode also does a great job of setting up future encounters between Barry and Snart. I loved that Barry and Snart basically come to terms with how their future engagements will go. Snart knows Barry’s identity now but he’s an adrenaline junkie. He actually enjoys this cat and mouse game he plays with Barry. It kinda reminds me of the relationship between Batman and the Joker. Earlier I said that Snart finding out the Flash’s identity is still a better result than last episode and I stand by that. Sure, Snart knows who Barry is now but they came to terms. Barry even got Snart to agree to stop killing (we’ll see how true he sticks to that) and to leave his family and friends out of it. I still think that’s a better outcome.

I also love that they’re building up this decent Rogues Gallery for Flash (they actually said that on TV). This episode we get Captain Cold, Heatwave and Golden Glider (with a last minute special appearance of the Reverse Flash). This show isn’t backing down from it’s comic roots and is really just going full steam ahead. They killed off some of the earlier metahumans but right now we have a pretty strong stable of villains for Barry and we’re going to be getting more. 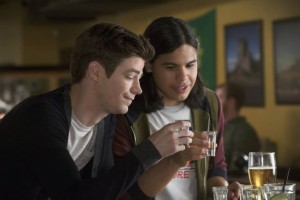 One of my favorite scenes in this episode was with Dr. Wells and Cisco when they talked in the same room as the trap they set up for the Reverse Flash. What I loved about this scene was that it really shows how much context matters. This was almost the same speech/conversation Wells gave Cisco when he killed him last episode but instead, in this episode it was more inspirational. Again, this is why Dr. Wells has been able to hide under the radar. He does evil things but then he’s been a father figure and mentor to Cisco and Barry. It’s easy to see why Barry (or anyone else) doesn’t really see it. Why would they? It’s hard to believe the person helping you is the one who is your greatest enemy. But just like how Barry has to let Iris discover her feelings for him on her own, the same is true of the rest of the STAR Labs group with Wells. Joe West doesn’t trust Wells but the rest have to figure it out on their own. Last week it was Cisco putting things together that don’t make sense. Because of the time travel, this week it’s Barry when he realizes Mason Bridge is missing (By the way, did Reverse Flash phase though a wall to kill Mason?). 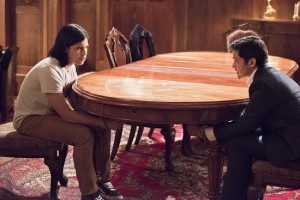 I think this episode did a very good job of handling time travel for the first time. It was a nice glimpse at what we’re going to see when Barry finally goes back in time to try to save his mother. I think the conversation Wells had with Barry about that was very good. At one point Wells was talking about himself when he was talking about going back centuries. But the most important thing he said to Barry was when he said “How many people will die if your mother lives?” Barry is destined to fail to save his mother or he can drastically change the future. Seeing how disastrous his first foray into messing with the time continuum was its going to be interesting seeing how he handles his next one.  Also, does Cisco now start working on giving himself powers so he's never helpless again? He took giving up Barry's identity hard and he seems like the kind of person to not want to repeat that. We'll see how he handles that going forward.

*Almost forgot.  This week's black fatherhood moment was Joe talking to Iris and asking her who she really loved.  "I mean...I love Eddie".  Yeah...we know what that means. She had to think about it for a minute there. Joe knows.