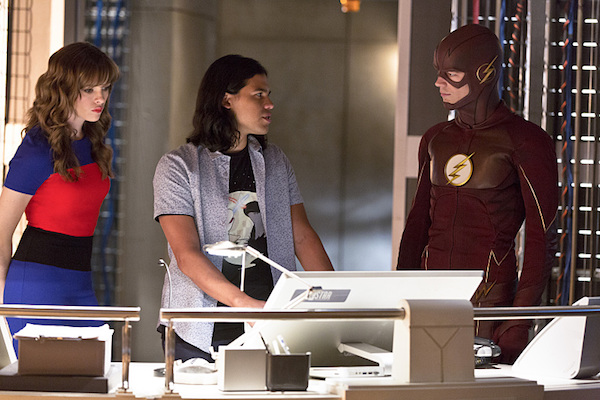 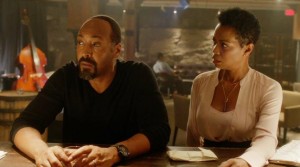 The latest episode of The Flash, Family of Rogues, is all about…family. Not just the Rogues (Snarts) but the Wests as well. Dpalm and I discussed the importance of family in Flash lore on our Character Corner about Wally West. Barry, Wally, Jay, Iris, Jessie, etc are all part of the Flash family and continuing to establish these bonds on the show are important for where it could end up going. It’s also a great way to differentiate this show from Arrow. While its tone is obviously darker, Arrow also involves a lot of broken, dysfunctional families. There’s a continuing theme of family members having issues that drive them apart and while they eventually come back to each other, the underlying trust issues remain. The Flash separates itself by giving us the opposite reaction. Family (and by extension close friends) rally to each other to provide support. A great example of this was Joe coming clean to Iris about her mother Francine. Joe lied to Iris (and Barry) for 20+ years about what really happened to Francine. He told them she died and then painted this picture of her as a perfect, ideal mother. His reasoning was the same as we see from Oliver and others on Arrow; He did it to protect his daughter Iris. Joe was so afraid that Iris would not be able to handle the truth that he decided a lie would be better. The difference here is, when confronted with Francine showing up, Joe did not try to continue to maintain the lie by not telling Iris. He also took responsibility for his lie and admitted that by not telling her the truth all these years, he could have done even more damage. The result is Iris telling her dad that they would work through this together instead of running away from him. 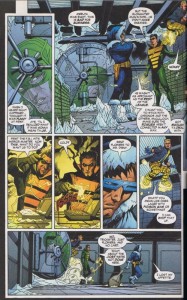 Not to be outdone, the family issues of the Snarts were just as heavy and really took this episode on a dark turn. Lisa Snart telling Cisco how her father Lewis used to abuse her turned the conversation so serious that at first, you begin got think that she’s lying to trick Cisco. “I didn’t get this scar being a criminal, I got it being a daughter” is a line that sadly a lot of viewers might be able to relate to. Even Leonard killing his father was relatable: “I thought you hated the Flash” “Not as much as I hate You.” An abusive father meeting his end at the hands of his son who was protecting his sister, is a story we’ve all heard before. While Captain Cold has a code, killing his father seemed in line with that code. He’s about precision in his jobs and not taking lives when it is unnecessary but he’s also about protecting his family. It’s one of the things that makes Flash’s Rogues so interesting. The code they live by seems almost counter intuitive to being the rogue of a superhero. But it’s something we’ve seen in the comics. Remember, when Sue Dibny was killed, Cold had the rouges send flowers to her husband Ralph, out of respect. Family matters to him, and it’s that glimmer of hope that Barry sees in Snart when they’re talking at the prison in this episode.

The only thing that really didn’t fit this episode was Jay Garrick and the “Speed Canon”. Its only real purpose was for the end to bring Earth-2 Harrison Wells in for shock value. Garrick’s role this season seems to be to fill the Harrison Wells role this season by having him help Barry fully understand how to use his powers. But in this episode he took a back seat and didn’t interact with Barry as much, mainly because this episode wasn’t really focused on Barry. I have no doubt this won’t be a recurring issue and it really didn’t take away too much from the episode as a whole.

We opened up this episode with Iris on her Lois Lane and Barry being Superman and catching her after she jumped out a window in a sky scrapper. At this point, CW and The Flash are just showing off. Make sure you check out Dpalm & I discussing this issue on our Super Tuesday Recap podcast episode embedded at the top of the page (or you can get us on iTunes, Stitcher or direct download). We go into more detail on some of the things I didn't write about here (as well as our theories on Firestorm). One thing that I have to mention here that I know we forgot to talk about on the episode: Cisco added thermal threading to Barry's suit to help counteract Captain Cold's gun. Cisco is really want of my favorite characters ever. #TeamCisco