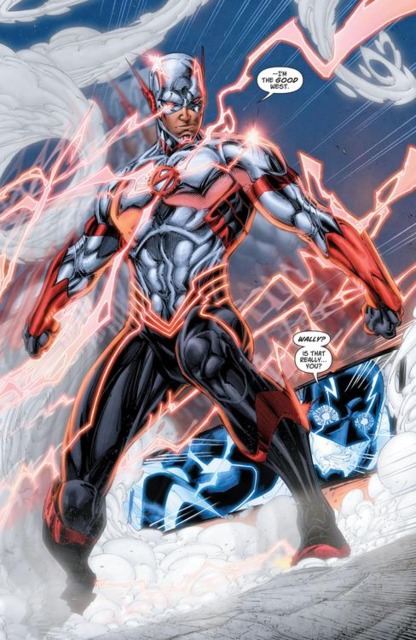 The Flash had the best first season of any comic book show I've ever seen. And they don't look to be slowing down for season 2. They've been busy announcing a lot of castings. Many people wondered when we would hear about Wally West and well, look no further: 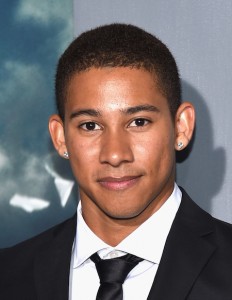 “The Flash” has cast Australian actor Keiynan Lonsdale as Wally West, the iconic speedster from the DC Comics universe who made his debut as Kid Flash. He’ll appear as a series regular in season two.

In comics canon, Wally is the nephew of Iris West (played in The CW series by Candice Patton) — the love interest and eventual wife of Barry Allen (Grant Gustin). While Wally initially served as his uncle’s sidekick and a founding member of the Teen Titans, he later inherited Barry’s mantle as The Flash.

Since Iris doesn’t seem to have any siblings on the show (that we know of), it’s possible that Wally’s origin story will be tweaked for his live-action “Flash” debut. His connection to the West family has yet to be confirmed. SOURCE 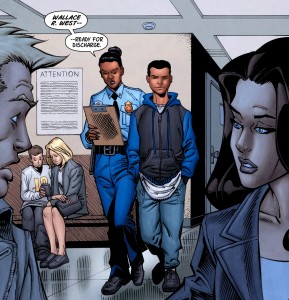 Now I've seen some people upset by the fact that CW is racebending here and that Wally isn't white. My response to this is twofold. First off, Joe and Iris are both black on the show. Jesse L Martin has been FANTASTIC as Joe West and Candace Patton has been pretty good herself. So if the Wests are black on the show it stands to reason that Wally probably would be too. I don't see why people would be shocked or upset if they watch the show. Secondly, in the New 52...Wally was black. Again...why are people upset?

Now we recently did a Character Corner on Wally West and went over his history and significance. My theory is the people complaining about Wally West's race either haven't really watched the show or only know of Wally West from the pre-New 52 era (or the cartoons). It's okay to be a little shocked or taken aback but when you realize there's actually good reason for this (fits with the other castings on the show AND its in the source), I don't see why there's such an issue. But this also goes back to my theory that a lot of the people that complain about inaccuracies don't actually read the comics in the first place.

I'm very excited to see what they do with Wally this season. Lonsdale will be a season regular so I expect most of the season will be us getting introduced to him. Since this show is a quicker pace than Arrow, I don't think it will take us 3 seasons to get him in a suit like it did Roy (or Speedy) but I think we won't see the rumblings of that until near the end of Season 2...at best. Remember, once Wally gets his powers he starts off as Kid Flash...for a long time. So don't expect to see Wally take over as THE Flash for a long time (if ever). That Barry-Wally relationship is important and Barry needs to cement his legacy in order to give Wally taking over purpose. Either way I'm very excited about this. I'm also very excited about Legends of Tomorrow which has cast Falk Hentschel for Hawkman and Casper Crump as Vandal Savage. CW's little comic book TV universe is coming together nicely. Who would have thought the people that brought us Smallville would bring us to this point?