Disney+, The Falcon and the Winter Soldier
By Charles (Kriss), dpalm and Ro
903
0
Share: 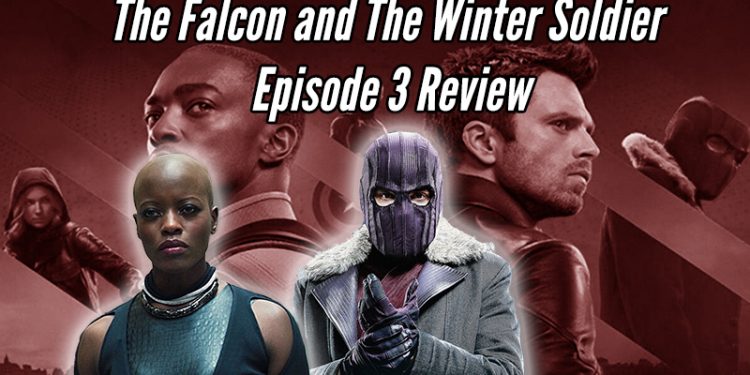 First and foremost, congrats to Dpalm for his cameo as the bartender in this episode (Its not really him).

This episode continues to build out not only the characters of Sam & Bucky but the entire MCU world post blip. So much so that some of us even believe that Sharon has fallen so far that she's now the super secret Power Broker. And while that might seem like a big departure for the character, what Marvel is doing with the universe post-blip makes it a possibility.

The other thing this show is doing is showing us the progression of Sam not only needing to pick up the shield but coming to the realization that he's the only one that can. We see John Walker getting all the disrespect he deserves and not understanding that just because he's been named Captain America and has the shield, it doesn't mean he gets the respect. And on the other side, Karli is showing that just because you have a noble cause and the power of a super soldier, it doesn't make you less of a mass murderer. On top of all that, making the legacy of the current super soldier serum tie back to Isaiah, the forgotten Black super soldier, the table is being set for Sam to pick up the shield.

Also, gotta love Zemo (unless you're from Wakanda). We know we can't trust him but so far...he's not been wrong. Of course Ayo showing up at the end of this episode is clearly gonna complicate things for Bucky (Unless that was always his plan).