The Falcon and the Winter Soldier Episode 2 Review – Nice Arm

Disney+, The Falcon and the Winter Soldier
Charles (Kriss), dpalm and Ro
1397
0
Share: 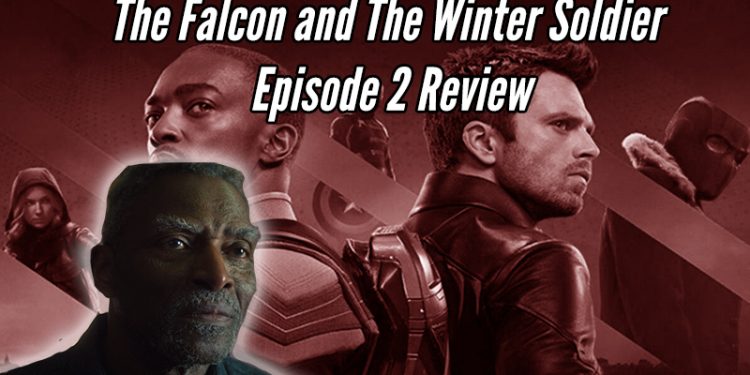 Nice arm you got there. Be a shame if someone came and ripped it off. Especially if that "someone" was a Black super solider. We knew that Marvel had cast Carl Lumby as Isaiah Bradley but we didn't know how they would integrate him into the story. Look, everyone knows the cover of Truth: Red, White & Black that tells Bradley's story but let's be honest. The story itself is...well...not very good. Episode 2 of The Falcon and the Winter Soldier though sets up Bradley's background by 1. not making him brain dead and a drooling mess 2. Establishing him as a bad ass who took the Winter Soldier's arm back in the 50's 3. establishes the horrific legacy of the super solider serum and how it was used on Black soldiers who were experimented on and then swept under the rug. Now instead of being a cringy story that folks have to add onto to make better, it starts off as a story we want to see more of. And that's just a small part of this episode.

This episode opens up humanizing John Walker and showing him as a pretty competent choice for Captain America and we hate it. The propaganda is so strong that. We had to begrudgingly admit that he's more than capable with the shield in his hand. Of course Walker's overconfidence and assholery comes out the further we get into the episode which we appreciate. We also appreciate Bucky not being with the shit at all.

We also get some deep cut Captain America references, from Battlestar to the Power Broker. We get more understanding of the Flagsmasher's motivations and we aren't going to say they're 100% right but they're making some solid points. Especially about the feelings fo those that were left to survive during the blip.

Listen as we break down this episode and make sure you subscribe so you don't miss any of our discussions.