Disney+, The Falcon and the Winter Soldier
Charles (Kriss), dpalm and Ro
1947
0
Share: 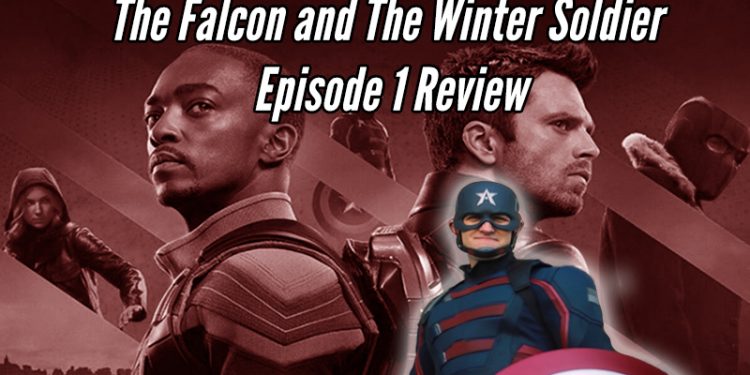 We're back with more MCU Phase 4 Disney+ goodness. This time we're back to explore two more characters: Sam Wilson and Bucky Barnes, the Falcon and Winter Soldier. Right out the gate this series lets us know it's going to be way more action packed than WandaVision. Apparently Sam spent the 5 years in the blip, not erased out of existence but in a Crossfit gym. The opening of this series lets us know right away that the powers that be that don't want Sam to keep the shield don't have a leg to stand on. This is the first time we've seen Sam doing hero shit on his own and....he's damn good at it. Still not good enough to get a loan as a black man though.

On the Bucky side, it's nice to see the trend of using the Disney+ shows to explore the characters that have deep troubling issues that we've just never had a chance to explore. Bucky being forced to go to therapy is good and it's also great that his therapist doesn't let him off the hook. Like WandaVision, when you think about how recent some of the most traumatic events to happen to some of these characters are, it's a wonder they're not all in therapy.

I know some might be confused as to why Sam would give up the shield and where the hell Great Value Captain America aka John Walker came from. But like WandaVision, audiences need to trust the process and just let the story unfold. One of the best things so far about the Disney+ shows being the intro to MCU Phase 4 is that they're reenforcing how serious that "Five Years Later" was in Endgame. There's also a sense of anti-hero sentiment that's also going on and that never ends well.

Listen as Ro, Kriss and Dpalm discuss this episode and have reasonable predictions (The therapist is Mephisto).