The Expanse – The Once and Future Queen 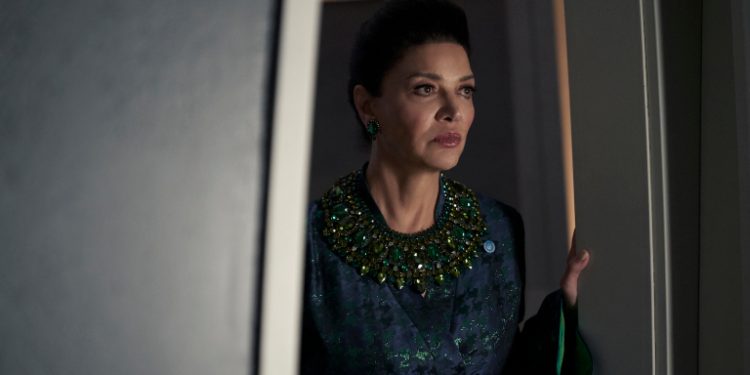 Every time she thinks she's out of the game, they keep pulling Avasarala back in. As Admiral Delgado said, "the once and future queen" might be making her way back from the top. And she's done it not because she's always right but because she learns from and adjusts from her mistakes (and she's had many). Seeing Avasarala understand that strength doesn't always mean fighting and understanding that Marco is using radicalization as a recruitment tool really hits close to home after the real life events of January 6th. But that's what makes The Expanse so good. It always stays relevant with it's social-political themes and this season is turning into one of its best.

Drummer is quickly becoming my favorite character (next to Amos of course) on this show. I want her to kill everyone backing Marco and then become leader of the Belt. Right now she's holding a lot in for the sake of her crew but I can't imagine that last much longer. Karal and Oksana really don't see the danger they're approaching with Drummer and I really need her to put them both in their place.

When this is all done Naomi gotta be the one to kill Filipe. I know she's not but she needs to. He's been complete turned by his father. Filipe is desperate for Marco's love and approval and worse, he's a true believer. He's already committed genocide and while we've seen some redemption on this show (Hi Peaches), I don't see that in the cards here. I do see Marco leaving his son to take the fall though. Absolutely.

These last three episodes have been so intense. The Expanse regularly enjoys ending on cliff hangers but episode 9 really took the cake. These episodes also tie the theme of tribes together really well. All the different factions and planets have made themselves weaker by contracting their tribes. As Peaches said, maybe the solution is to make your tribe bigger, not smaller. We have no idea what's coming next. I do think we'll finally get some answers on why Marco keeps looking at the gates and tie us back to the larger threat to humanity.