The Expanse Season 3 – The Show Everyone Should Be Watching 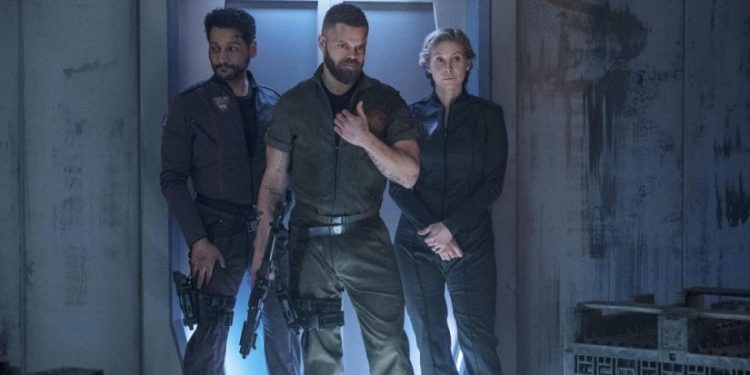 So we’re finally doing it. We’re finally reviewing The Expanse. Took 3 seasons but were here. Now that doesn’t mean I’m just realizing the awesome goodness that is The Expanse. No, I’ve been on this ride since the show first debuted back in 2015 (And Ro was on it even before then with the books).  Truth is, the delay in me reviewing this show consistently is that I’ve been burned. Every time there’s a show on network TV that I love, there’s always that dread that it’s going to be canceled. And with The Expanse, it actually happened. SyFy cancelled the show after season 3. Luckily Amazon Studios swooped in and not only brought the show back for season 4 but is bringing it back for season 5 as well. So now it feels safe to finally share my love of this show with the world and openly talk about it.

Where do I start?
The Expanse does both world and character building like no other. It is sometimes a struggle to keep up with the every evolving story because of all the intricacies and movie parts, but even at its most confusing, the characters are so compelling, you just strap in for the ride. Even the most minor characters feel well thought out and whole. And many times characters that seem minor end up playing much larger role that elicit stronger emotions from the audience then you’d ever expect. Take Drummer. Going into Season 3, I didn’t really pay much attention to the character and really didn’t have a connection with her. But the character faces a couple of life threatening moments in the back half of Season 3 and each time I felt a well of emotion stirring up every time I thought the character was going to meet her end. Much like the crew of the Rocinante, the characters and audience form an almost familial bond that feels like we’re all on a journey together. Even the “villains” are complex and nuanced and have some aspect of them to make you think ‘well, from their point of view, they’re not bad at all’. Except Sadavir Errinwright, Jules-Pierre Mao and Dr. Strickland (thank you Amos). All of them are pure evil.
I love all the characters on The Expanse. From James ‘Patron Saint of Lost Causes' Holden to the brilliant but conflicted Naomi Nagata, I love all the characters from The Expanse. But in season 3, there were three that really stood out to me.

Shohreh Aghdashloo’s Chrisjen Avasarala has been such a great character and firecracker since season 1. But when paired up with Frankie Adams’ Bobbie Draper, it just elevated both of them. In any other show, either Avasarala or Draper would be played by male characters (mostly both). But in the Expanse, these two no-nonsense, tough as nails characters are not only played by women but they’re also not pitted against each other as adversaries. Watching the back and forth between the two as they both order each other around, yet develop a great sense of respect and care for each other was a thing of beauty. 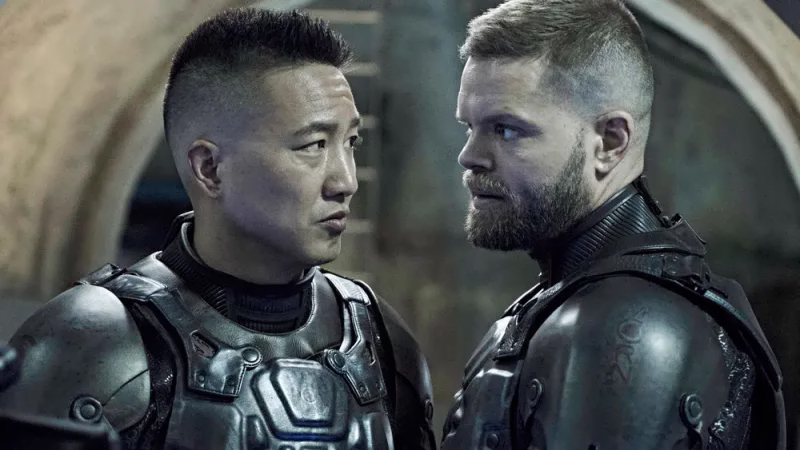 My favorite character on the show is Amos though. I may be a bit of an Amos fanboy. But it’s not because he’s the scary sociopath that feels no fear but rather because he’s the scary sociopath that is self aware and actively tries to keep others from the path he’s gone down. Once again, Amos represents the atypical characters not this show that buck tropes. In season 1 you start off thinking Amos is holding some deep, suppressed romantic feelings for Naomi. It’s later revealed that he’s more like the most loyal pitbull in the world: once he imprints on you as family, he’ll protect you not matter what. And we see that continue in season 3. The friendship that develops between Amos and Prax reveals so much. Amos watches as Prax starts to turn the corner on his humanity and stops him before it’s too late. Later in the season we see Amos become fascinated by the kindness and optimism of Reverend Doctor Anna and he vows to make sure no one harms her. On a typical show, Amos would be very one dimensional but on The Expanse, despite his outside appearance and enthusiasm for violence, there’s a whole other side to Amos that feels like there’s still room to explore.
The Expanse season 3 kicked it up a notch from the already great first 2 seasons. This is definitely a show you should be watching. All 3 seasons on free on Amazon Prime right now and season 4 premieres on  December 13th. If you’re a premium member, you can listen as I chat with Ro as we gush over The Expanse as a whole and season 3 in particular. And then stay tuned to the network since we’ll be adding The Expanse to our regular review schedule.

Here are some of our favorite episodes from season 3: