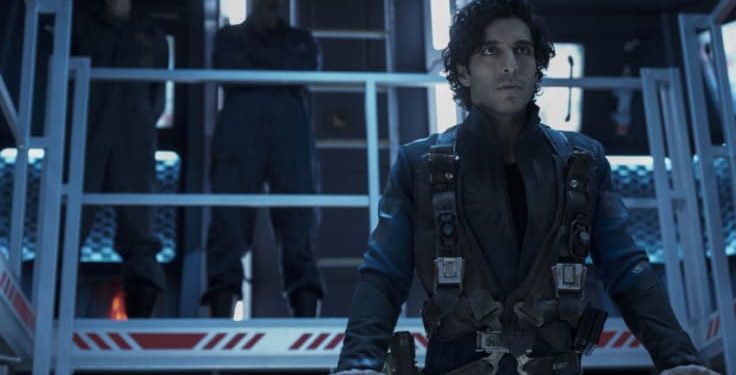 One of the things that we love about The Expanse is that not matter the season or episode, it always feels so relevant. This show does a great job of connecting on a human and societal level while telling a SciFi story in space. Marco is absolutely a terrorists and clearly not a good guy. But he's written in a way to really connect with the audience, especially those from marginalized communities that know how it feels to be used and abused by those that are privileged. His words and actions have a tone of "enough is enough" and the desire to meet oppression and wrongdoings with strength.

The last three episodes of this season have really escalated "the shit". From Fred Johnson's death to the expanding plot by traitorous Martians to supply Marco, there's a lot going on. So much in fact that Ro & Kriss talk about A LOT before even getting to their favorite subject of The Expanse: How awesome (and terrifying) Amos is. We love Amos. Mainly because he scares us and  it's  better to have Amos as a friend than an enemy. Even then, it was really great to see Amos come to the conclusion that he needs to get back to the Roci crew because without them, he's slipping into the old "Amos" and that's not good for anyone.

Some things we discuss:

And there's plenty more. Premium members can listen to use discuss it all below. We'll be back after the next 3 episodes so stay tuned.