The Evolution of Movie Trailer Reviews: What’s Next 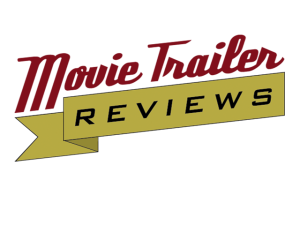 Hey everyone. I want to first off say thank you to everyone who has helped Movie Trailer Reviews grow to where it is today. When I switched my focus from TheInsanityReport.com to MovieTrailerReviews.Net, I was taking a risk.  I was moving from a site I built up for 5 years to something that was a bit of an afterthought. Before the beginning of last year, most of our reviews didn’t get many downloads.  We had to lie about how many downloads we got a month just to get our foot in the door.  I’m proud to say that not only do I not have to lie anymore about the numbers we do but we’re well on our way to reaching 1 million downloads. Matter of fact we should be hitting that milestone in a few months if trends continue.  And we owe all of this to you the fans. But we don’t plan on just stopping there. There are plenty of new things we plan on bringing in over the next few months and I’m here to share them with you.

First off, I am starting to expand the contributors to the site. This was actually a hard thing for me to do. You all already know of Dpalm (@dpalm66) and Shanna (@shittybonmots) who have been clutch in helping me review Agents of Shield/Agent Carter and Gotham/Constantine.  Also there’s John (@DonCoyote) who has been great on Hell No Cupid.  I’ve also added two new writers/reviewers.   Justin (@Ljay90) who you’ve heard on our Playing Dead reviews and also from some of the articles he’s written.  I also just posted a review for Throne of Atlantis from @Macho_Franchise and I look forward to seeing more reviews from him.  I’m hoping to add at least two more writers to the site.  What I’m really looking for is to get a couple of women to add to the team.  So if you’re a woman with strong opinions on nerd culture, gaming, TV shows or movies or if you just want the opportunity to review some of your favorite movies and TV shows, email me at MTrailerReviews@MovieTrailerReviews.net (if that email or any other ones bounce back just send it to my gmail TheMovieTrailerReview@gmail.com).

I’m trying to move myself into more of an editor position with the site. This is a hard step for me but a necessary one. By allowing other people a space to display their work, it frees me up to focus on putting together podcasts. It will also give me time to write my own articles when I see fit (Like my Empire one which I thank everyone for the great response to).  Also it moves this site from just being about me and my opinions and more about the spirit of taking nerd culture back to the root of enjoyment. The next step will be producing shows but that’s probably something I will look into the end of this year or early 2016.

Now, as everyone knows, we’re looking to start launching our premium service in the next couple of months.  I’ve been test driving some of the shows that will be premium in hopes that people will enjoy them enough to want to pick up a premium membership.  I want to make sure I’m putting out shows that people want to hear.  So far it’s been very successful.  The Comic Book Book Club and Hell No Cupid have been very well received.  And I’m still tweaking both of those shows and by the time they become premium only they’ll be even better.  Our next Comic Book Book Club will be March 14th and we’ll be discussing New Avengers 7-24.  Two weeks after that we’ll be discussing Rat Queens 1-9.  There’s still room on the Rat Queens panel so please email me if you’re interested (CBBC@MovieTrailerReviews.Net).  The next Hell No Cupid will be this Friday and we’ll be starting a new segment: Dear John.  You can send us in your dating issues and John will tell you what you’re doing wrong.

Currently this is what the monthly Premium shows will look like for Movie Trailer Reviews (Still deciding between changing the name to MTR Network or Insanity Report Network):

Don’t worry, our movie & TV Show reviews as well as the the Insanity Check shows from the current year will all be available for free. I will also be posting snippets and previews of premium shows on the free feed so everyone can see what they’re missing on premium. I’m still working on the price point (Under $10) but the goal is at least 8 premium episodes a month.

Now the list of premium shows is by no means final. I have a lot of ideas for shows that I will be finalizing and working on.  However one of those shows I’ve already figured out and I’m pleased to officially announce it here:  Reminiscing With Kriss

The idea is to do something similar to the “Nostalgia’s a Bitch” series I wrote.  I wan to set up panels, much like the Comic Book Book Club, and discuss some old movies and TV shows.  I’ve always said that using today’s standards some of our favorite “classics” don’t hold up, but that doesn’t mean we can’t have a fun time discussing them.  I don’t want these to really be debates (although I’m sure there will be plenty of that) but rather a humorous look back at some of the things we used to watch growing up.

Here are some of the panels I’m looking to set up in the next couple of weeks:

I’m not sure when I will be setting these up but I would love to get the first one recorded sometime this month. The first panel will be on Superman 1 & 2.  If you’re interested, email me at nostalgia@MovieTrailerReviews.Net. Also email me if you have suggestions for TV shows or movies that you think might be good for the panel or if you want to be on for one of the shows I’ve already listed.  Trust me, I have a lot of movie and show ideas there will be plenty of panels.

So this post was supposed to only be about announcing the new podcast but as I started writing I realized so many changes have come to the site that I needed to address them all.  This leads me to the last announcement: The Movie Trailer Reviews Newsletter. In the next week or so I will be ready to start sending out a weekly newsletter. Once you sign up every Friday Morning you will receive our newsletter that will include any reviews (Movie and TV shows), key entertainment news, editorials and announcements for the week. You will have all the happenings of the site for the week in one place.  While the newsletter isn’t ready yet, you can start signing up now by going to the sidebar on the site: 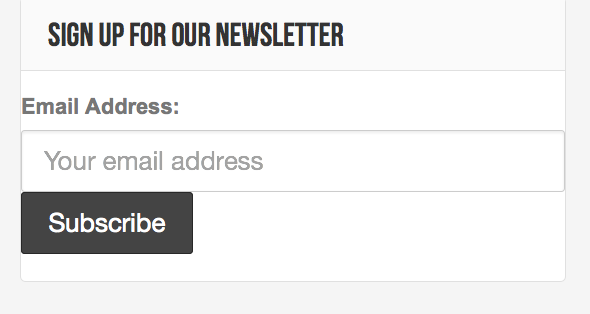 Again, thank you all for helping me grow Movie Trailer Reviews into what it is today and I can’t wait to see where it goes from here.