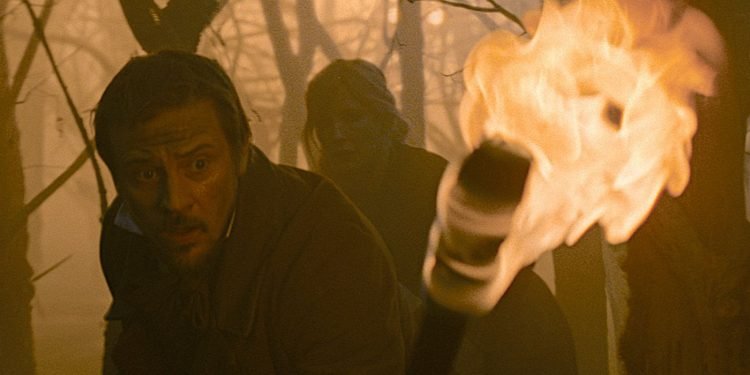 Sean Ellis successfully pulls off a film hat trick by directing, writing and serving as cinematographer of The Cursed and the result is a creepy and terrifying gothic werewolf tale that could give audiences nightmares. The Cursed produces a tight story in under 2 hours but also leaves enough room for the audience to want more. There are so many questions and aspects of this story that could be told but are instead left up to the audience to interpret. In other movies, that could be seen as a downside but for The Cursed it's a testament to how good the story is. It also helps that the real villain in this film isn't the hairless, terrifying werewolf-like creature but the more realistic greedy, rich and powerful French landowner that brings this terror onto his town and family due to his own horrific deeds. This is definitely one of those films where you're rooting for the creature.

It helps that at no point does Ellis insult the audience's intelligence by going through the typical denial phase that happens in super natural movies like this where a significant portion of the movie is spent trying to convince characters that the threat is real. This isn't one of those films that hides the monster until the last possible moment. Ellis definitely uses anticipation extremely well to add to the frightening full reveal. The creature itself is a unique take on the idea of a werewolf with it also bending some of the rules typically associated with the creature. A creature that's not beholden to only appearing at night or the full moon adds to the level of sheer terror.

2022 is shaping up to be a great year for horror films and TV shows. Listen as Kriss and Ro talk about what makes The Cursed so good and why you should check it out.