The Conjuring: The Devil Made Me Do It – Scam Gods 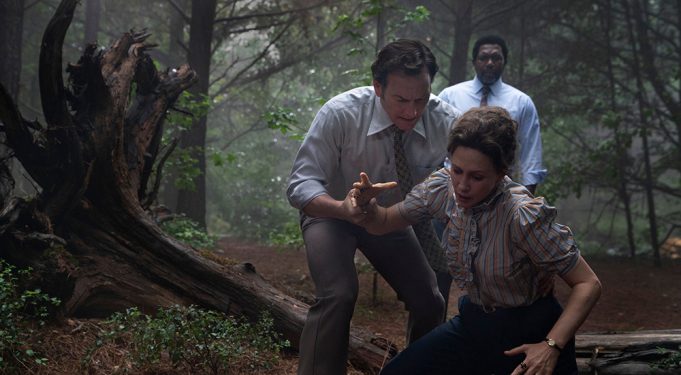 The Conjuring: The Devil Made Me Do It is a perfect example of what happens when you build a franchise off of a lie (and worse, the least interesting parts of a lie) and then slowly start running out of material. Anyone who knows anything about Ed and Lorraine Warren know they're very controversial characters. The truth behind the paranormal story that was the inspiration for The Conjuring 2 (The Enfield Haunting) reveals Ed & Lorraine had very little involvement yet the movie centers them as experts. The entire Conjuring series centers Ed & Lorraine who are usually the least interesting thing about the story.

The real life story behind The Devil Made Me Do It is a little different. This is one of the few Ed & Lorraine Warren stories where they actually were involved. Problem is it's also the situation that's the most sketchy. At it's core it's a story about a white man that committed a horrific murder and used "The Devil made me do it" as a defense. Gotta be honest, it's not exactly an inspirational story where you're rooting for the characters.

The major problem with this film is one that we've been seeing appear more often for mainstream horror films and that's the fact that there is a good story here that just wasn't told. When you have someone like John Noble and completely misuse him, it becomes very frustrating. Telling me that Noble plays a former priest that spent years studying Satanists and collecting their artifacts and has a connection to a satanist who is cursing people in order to satisfy a deal with the devil has piqued my interest. Give me that story. Don't give me a story about Ed's bad heart, Lorraine's touchy feely medium powers and a white dude who basically got away with murder with the most ridiculous defense in history.

This film is unfortunately boring, not scary and predictable. They're clearly going to ride The Conjuring franchise until the wheels fall off so I expect this downward trend to continue.