The Boss Baby: Family Business – Not Everything Needs to be a Franchise 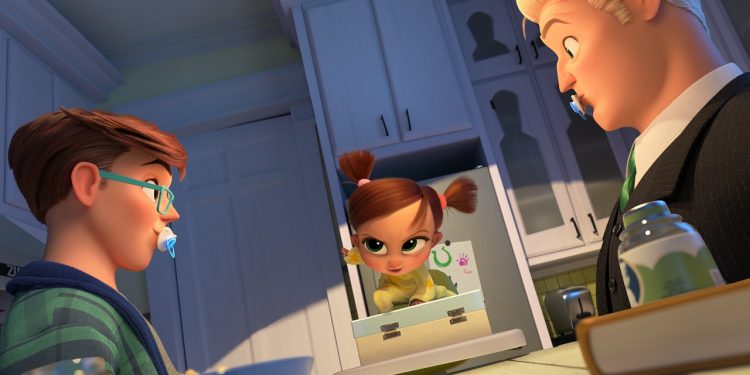 Kriss6.5
This is what happens when the first film becomes a surprise financial hit but there isn't enough there for a sequel
6.5

Look. I get it. When your film makes an unexpected half a billion at the box-office, the studio is going to want to see if lightning will strike twice. And in their defense? Maybe it will. There are plenty of examples of unexpected films succeeding and turning into multi-billion dollar franchises (Stares in Fast & Furious). The problem is what happens when the first film just isn’t memorable? That’s what the problem with The Boss Baby: Family Business is. On the surface, The Boss Baby: Family Business is a fine movie. It hits all the beats it’s supposed to and is competent.

But in the end none of that makes this a film that needed to exist. If anything it feels like it's just going through the motions. The film tries to “play the hits” from the first film and leans heavily on the voice cast while providing a paper thin script and story. The problem is...what were the hits from the first film? This being an animated kids film that’s probably good enough for a 90 minute temporary distraction but after that, this film moves quickly into the forgotten pile just like its predecessor.

Part of the problem is this sequel doesn’t really know who it is being made for. Sure it’s a kids film but what age group? Toddlers? Sure but the story is barely going to hold their attention. Older children might laugh at some of the lowbrow jokes and animation but again, they’re really not the target audience. The only thing really here for anyone older is the fact that we know Jeff Goldblum is voicing Dr. Armstrong and Alec Baldwin is Teddy. That provides a bit of entertainment but even that is fleeting.

At the end of the day The Boss Baby: Family Business will leave you feeling like this has been done before and better. There's a way to put together an engaging story that works for the entire audience and not just feel like we're going through the motions. Unfortunately this film just doesn't provide that.