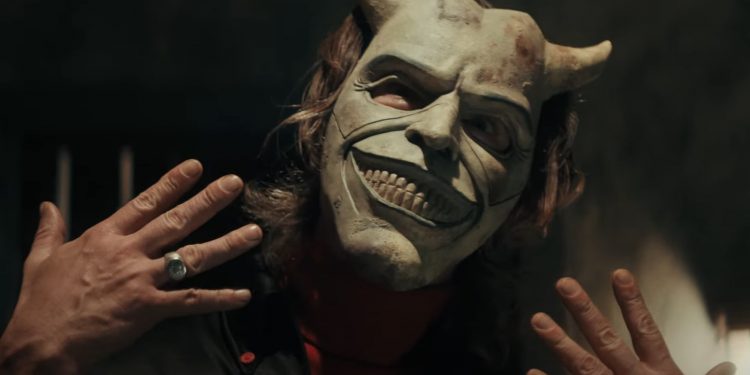 Synopsis: After being abducted by a child killer and locked in a soundproof basement, a 13-year-old boy starts receiving calls on a disconnected phone from the killer's previous victims.

We got the whole Movie Trailer Review gang back together to discuss the latest from director Scott Derrickson, The Black Phone. Blumhouse has been on a bit of a slide with some really questionable films as of late. Their last series of Welcome to the Blumhouse films on Amazon Prime Video were absolutely atrocious. And who could forget what happened when we all got together last time to discuss the travesty that was the Firestarter remake. So coming into The Black Phone, one couldn't blame audiences if they were a little apprehensive. Thankfully, The Black Phone

A lot of things work for this movie. First, Scott Derrickson really knows how to capture horror elements in this film. It's a trend across all of his films but it really stands out in this one. The camera angles, sound editing, framing and everything comes together to really draw the audience into the situations in this film. It also helps that the cast is outstanding. Ethan Hawke has been on a tear lately with the characters and range he's been portraying in movies this year. He's perfectly cast as "The Grabber". He does a lot of "eye acting" that pairs very well with the various masks he wears. But it's not just him. This film has a really solid cast of young actors with Mason Thomas and Madeleine McGraw that pair off extremely well with the adults in this film.

The Black Phone has a mix of Stranger Things with your typical Horror Thriller that works very well for it. It can be dumb at times and even predictable but it's done in a way that feels like it pays off in the end so the audiences will enjoy it.