The Batman Review – Following the Nolan Formula for Better or Worst 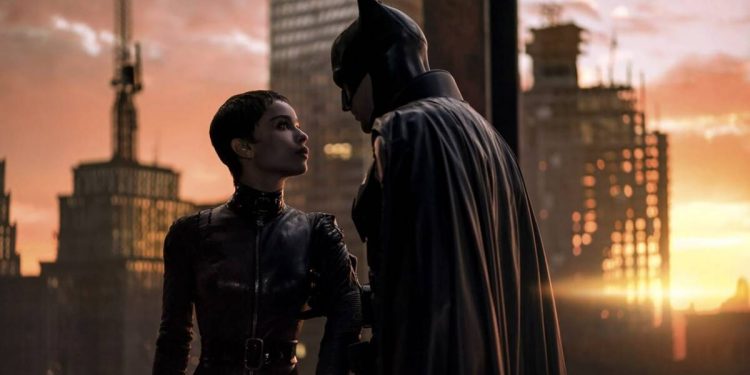 The Batman feels like WB making the strategic and smart decision to go back to what has worked for their live action Batman movies. This means a more grounded Batman with less of the super hero elements but a solid story that will get both critic and audience praise. For better or worse, this film feels like the natural progression from Christopher Nolan’s Batman trilogy. Matt Reeves took a lot of the elements and themes from Nolan's trilogy and added them to a neo-noir detective story that overall works. If you remember that this is Year Two Batman and that this film is really meant as set up to flesh out Gotham and the world this Batman will operate in, then the shortcomings can be overlooked to form a good movie with a potential for a great franchise.

There are several things that work for The Batman. First, first is the story and focus on the detective aspect of Batman. The story is built around being a detective thriller and despite pacing and a way too long run time, it's a good entry point to this new Batman and Gotham. If you view this film as the setup for the rest of the franchise then what Reeves does is build out a Gotham that feels like it's a character itself, which is an important part of any Batman story. In many ways the themes of Gotham and corruption are lifted straight from what Nolan's trilogy focused on with slight changes. Some might not appreciate how similar they are but you can't really fault a film for going with what works.

Pattinson can hold his own as Batman but finds himself outacted by Zoë Kravitz and Jeffery Wright. It's not really his fault as the direction he's given for the character. Again, with the focus being on this being a Batman only 2 years into his war on crime, the character itself isn't supposed to be well rounded. For what he's asked to do it works and even better, at no point does he feel like he shouldn't be there.

There are a few things that hold this film back from being great. The runtime for The Batman is the biggest negative against it. This film is about 30-45 minutes too long. A better job editing could have made this story tighter with better pacing. The longer runtime could  be forgiven if the film went for a more well rounded character development for Batman and given us more of Patttinson as Bruce Wayne. Instead what we get is a film that ends and then continues to on and on and on. The lighting in the film is also really bad (in 2022, can we please light Black people better on film? please).  Just because a film is a neo-noir film doesn't mean it has to be shot in pitch black. There are scenes in this film that are lighted so poorly it's really hard to see what's happening on the screen. Which is unacceptable. Lastly, the fight scenes with Batman are uninspiring. For all the things Batman v Superman did wrong, the warehouse fight scene with Batman is the gold standard for how Batman should be fighting. There are times in this film where you can see how clunky the Batsuit is and it just doesn't work for any serious hand-to-hand fighting. But again, it's clearly not the focus.

Overall The Batman does what it needs to do. There are plenty of good things and the negatives are things that can be fixed moving forward. No, this isn't the Batman many have been waiting for. But at this point, it's pretty much settled that if you want the comic Batman you'd be better off picking up a comic or playing one of the Arkham games. The Batman is more in the tradition of Nolan's Batman and all things considered, that's not too bad.