The 355 Review -A disappointing Paint By Numbers Spy Film 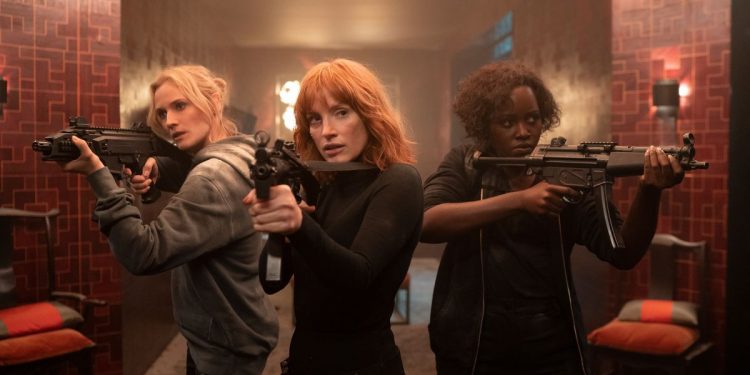 To call The 355 disappointing would imply that there were any expectations for it to begin with. Sure, it has all the pieces to be a good film. The cast is really solid. It's a spy film and who doesn't like that? So where does it go wrong? With Simon Kinberg. While this is only Kinberg's second go as a Director (doesn't give much comfort considering his first was X-Men: Dark Phoenix), he has a long (and disappointing) history as a writer. To be honest, he's just not good at this. The fact that The 355 was given to him to direct shows everything that is wrong with Hollywood. Had this film been directed by a better director, a lot of the problems with it could have been avoided. Even the action scenes feel muted. The problem is where the camera is told to focus. So while the scenes are intense, they just don't hit like they should.

This movie should have been directed by a woman. Could a man have directed this and it still been good? Sure. But putting it in the hands of a man like Kinberg that routinely has written/directed films that don't do female characters justice is just setting it up for failure. This film has Jessica Chastain, Lupita Nyongo'o, Diane Kruger, Penélope Cruz and Bingbing Fan in it. Each of them has a character that could have had a whole movie about them. Instead all 5 are put in the same film and it pretty much suffocates all their performances. Fan and Cruz are criminally underused.

This is another one of those films that has a ton of potential that doesn't even come close to be realized. At this point it feels on purpose. Do just enough to make it seem like you're supporting a female-centered film. But give it to a shitty director and writer, dump it in January and then make it a theater-only release. The 355 isn't a bad film. It has some entertaining moments. Yet it should have been more and because of the lackluster attempt at doing it right, it's likely to become the first (of probably many) forgotten films of 2022.