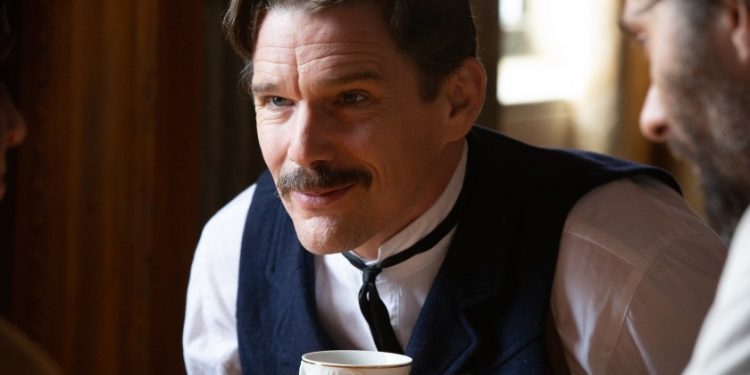 Ro 4
Kriss3
This is a film that doesn't do Nikola Tesla, his achievements, Anne Morgan and many others justice.
3.5

Nikola Tesla is one of the most influential and yet obscure inventors in modern history. A lot of the technology that we enjoy today can be traced back to his ideas, patents and inventions. Yet most people still don't know much about the man. Unfortunately, Michael Almereyda's Tesla isn't going to do much to expand people's understanding of the man.

Tesla is frustrating 102 minutes. This is a film that suffers from an identity crisis due to Almereyda's uncertainty of the film he was trying to make. Was this film supposed to delve more into who Nikola Tesla was and give a historical background? Was it supposed to focus on his historical achievements and why they were so important? Was it supposed to tie Tesla's inventions and genius with today's technology? Amazingly, the film sticks its toe in each of those things yet does nothing to make them compelling or interesting.

Ethan Hawke is not a bad actor but was not the right choice for Tesla. While Tesla might have been a bit awkward, he was still a presence that attracted people to him. Hawke's portrayal is void of any real emotion or charm or charisma. Eve Hewson does what she can but the script does her and her character (Anne Morgan) no justice. Tesla essentially turns Morgan into an inconsequential character whose sole purpose is to be a sometimes narrator for the story and a way to introduce Tesla to more powerful men.

Tesla is a wasted opportunity. At least with Nikola Tesla, his inventions and impact on the world will be remembered. The same cannot be said for this film