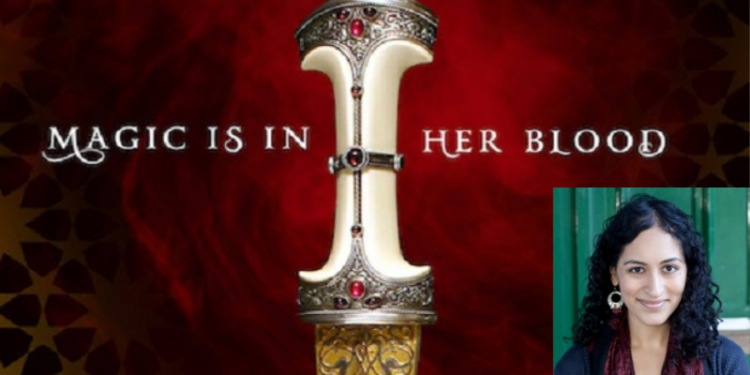 World Building9.6
Character Development10
Story Arc9.6
Pacing9.6
Magic System10
Readability10
Empire of Sand is an epic fantasy built on rich imagery and characters like few others. If you enjoy stories that know how to pull you in and make you wish for more even as you're excited to see how it all turns out, Suri's Empire of Sand needs to be on your radar.
9.8

In the first episode of I Talk Shit & Read, I had the pleasure of speaking with Tasha Suri about her debut novel Empire of Sand. What started out as a convo about the inspiration behind her story turned into a chat about everything from the Mughal Empire (think Taj Mahal), recognizing her own history in her writing, owning her voice, colonialism, a short geography lesson, my thoughts on the themes and relatability of her world and characters, the difficulty of fan-casting a movie when colorism is truly a thing, and why we definitely need to build a compound for supervillains.

Tasha Suri is a London-based librarian and author. Suri is witty, well-informed and hooked on good things like Bollywood films, history, and mythology. Her South Asian influenced fantasy is a blend of knowledge, heritage, and a damn good idea.

Book Synopsis: Empire of Sand is set in a world inspired by medieval India. It's the tale of a girl named Mehr, the illegitimate daughter of a powerful nobleman and a woman from the exiled and despised nomadic people known as the Amrithi. Mehr inadvertently reveals that she's inherited - from her mother's bloodline - the ability to manipulate the dreams of sleeping gods. She swiftly draws the attention of the Empire's semi-immortal and extremely powerful religious leader known as the Maha. And that's when things go left...

Shortly after we finished talking on January 17th, Variety broke the news that production companies Kronicle Media, Amyale, and Rebel Maverick partnered together to develop Empire of Sand into a television series. It's pretty safe to assume I'll be watching.