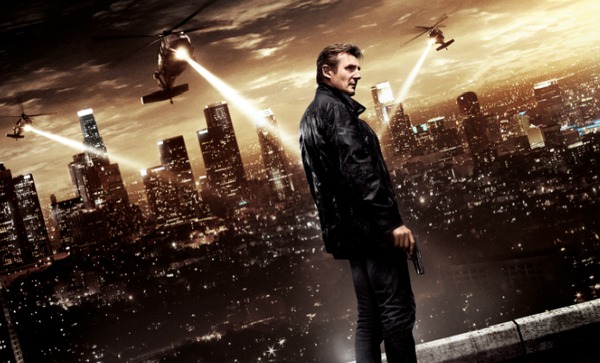 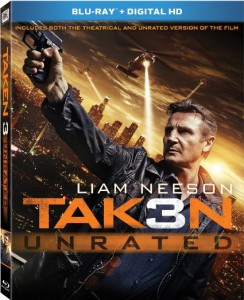 Tak3n falls into the classic trilogy trap of coming up short of the original. I would definitely ranked this film ahead of Taken 2, but it still has it's issues. It’s clear that they needed to find something different to keep this franchise interesting after his daughter (Taken) and his ex-wife (Taken 2) were kidnapped. Much like the second film, the events of Bryan Mill's (Liam Neeson) past are brought up and used as a way for the police to understand what they are up against.  Problem is they are virtually irrelevant because they are used in one scene for a span of maybe five minutes. This film feels like it could have been its own stand alone film, but I can see that they wanted to end the franchise on a relatively high note. 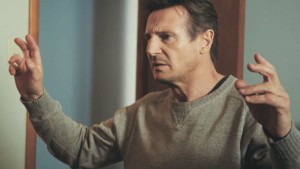 It is safe to say that one does not mess with any character that Liam Neeson is portraying in a film without facing dire consequences. He does have a small comedic role in the beginning of the film after he meets with his daughter for her birthday, which I got a few laughs out of, but we all know why you go to see Liam Neeson in a movie. After he discovers his ex-wife in his place dead, the chase sequence is brilliantly shot. It really makes you wonder why the police officers even bothered chasing him, because you knew they were out of there league. In all of the dialogue scenes, Neeson always seemed like he was tired, as it had that here we go again vibe. Once, Neeson's character figures out who is behind his set up, the bodies start dropping. Also, he water boards a character in this film to get information, reminiscent of the torture scene from Taken. It feels as though Neeson had fun reprising the role of Bryan Mills, but his body language and lethargic speech gave me the impression that he was also glad it was the final one. 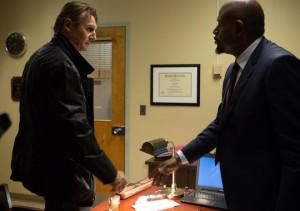 Maggie Grace did a great job as Kim Mills as you can see how her character has grown throughout the film. The emotional connection that she shares with her father has grown since the events of the first and second films. I was glad she had a prominent role in the film as she was able to aid her father by giving him information that would be valuable to him. On another note, Forest Whitaker's character annoyed me so much that I was hoping Mills would killed him at some point. From his struggle voice dialogue to his mannerism, I was itching for the next scene every time he was on camera. I feel as if he brought nothing to the film other than to be a character that you would hate. You would think that with him being in charge of the police in pursuit of Bryan Mills that he and Mills would be on a similar level. His constant mistakes and shallow thinking allow Mills to evade capture multiple times and makes him and his department look like fools. 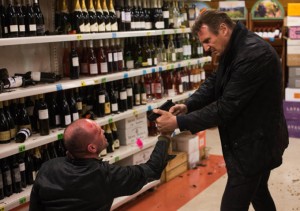 The action sequences helped bring life to this movie because without them it was definitely dull. The final chase scene is exciting as he takes down a plane in a sports car. Yes, I did say take down a plane in a sports car. It’s like Fast 6 but just one man. The various car chase scenes were filmed pretty well, especially since the camera was right there to capture all of the action. My favorite scene filmed in the convenient store was choreographed very intelligently. They were able to maximize the small space for close quarter combat. The ending sequence when Bryan Mills navigates his way up the penthouse gave me the feel of playing a video game and going through the various levels to get to the final boss, albeit no cheat codes. The gun work displayed I felt was mediocre at best, granted the kill shots were nice and brutal, yet still fell a little flat for my taste.

This was the first film I viewed through instant watch and the video and audio quality were never an issue for me. I actually began listening with my regular headphones and switched to my Beats By Dre headphones and was able to pick up many of the extra sounds and dialogues that I missed when I saw the film in theaters. Although my computer isn't a high-definition model, the picture quality was still very well done. It was definitely a new experience and I enjoyed using this alternative method of watching movies.

Special Features
Flashback Malankov: A look back into Malankov's past as a former mercenary as well as his relationship with Stuart St. John. Also, you discover that when Malankov comes to collect his money from Stuart, a desperate Stuart comes up with a heinous idea.
Sam's Bunker: A detailed look at the various gadgets and items that were located in bunker that Bryan and his crew used during the movie.
Gallery: Includes various images and scenes from the film. Also, this feature includes a slideshow format for the viewer.
Taken To L.A.: Looks at the process taken in order to film various sequences in different cities and how they mashed them together. An interesting fact is that the crew had to block the freeway for 6-8 days in Los Angeles, due to Olivier Megaton wanting to shoot a chase scene with a highway containing 4-5 lanes.