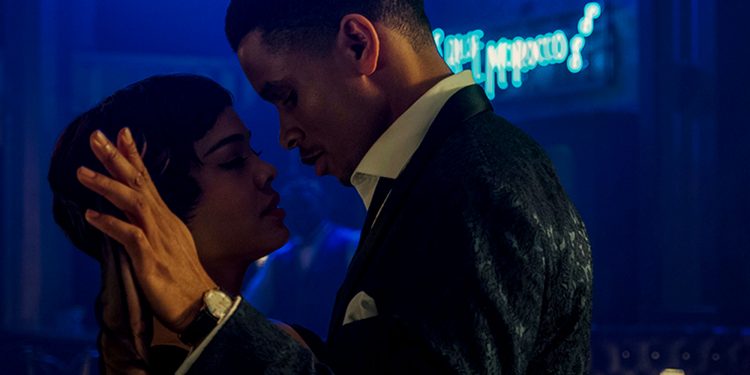 Ro8
Kriss8.5
Brandon8
Sylvie's Love works doubly by showing the beauty of Black love while also showing a Black Woman's triumph in finding and loving herself
8.2
Sylvie’s Love is  a beautifully shot film that centers healthy, non-toxic black love that we sadly don’t get enough in films. As audiences we’re used to black love stories not centering black women or when they do, it's inevitably still surrounding some trauma involving a man. That’s what makes Sylvie’s Love such a refreshing watch. Eugene Ashe put together a beautiful offering about love, sacrifice, and purpose.
The first thing that hits you about Sylvie’s Love is the aesthetics. One of the best trends in movies lately has been how vibrant period films starring Black people have been. This film is visually gorgeous. From the way it’s shot all the way to the outfits. When telling a story about black love, aesthetics can go a long way. Sylvie’s Love could absolutely work as a silent film and could tell its entire story with just the looks of the characters and the soundtrack. There’s an “old school” romance film vibe to Sylvie’s Love that has part of me want to see this film in black & white. I have no doubt it could pull this off. 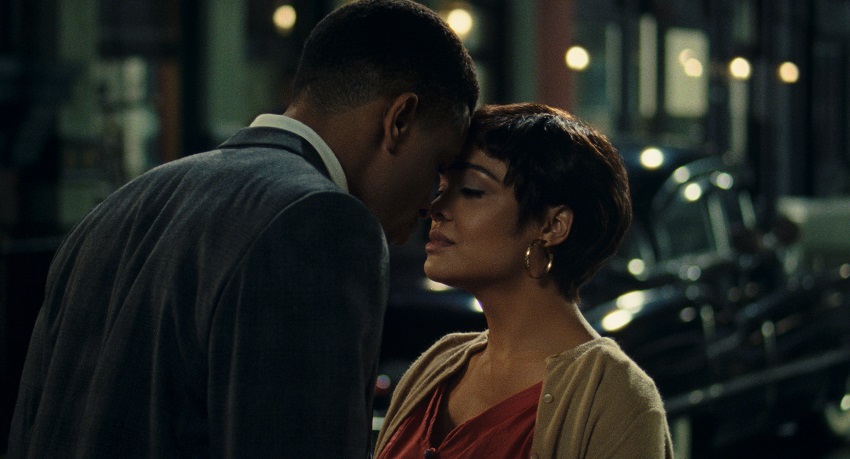 Of course it helps to have a lead like Tessa Thompson. She’s absolutely fantastic as Sylvie. Black women aren’t typically given the chance to play a character like Sylvie and so it’s a joy to see someone as talented as Thompson get the chance. The film’s title “Sylvie’s Love”  is just as much about Sylvie finding and achieving what she loves and loving who she is as much as it about her love with Robert. Nnamdi Asomugha puts in an incredibly solid performance as Robert. Again, it's refreshing to see a character like Robert who has suffered trauma and disappointment but never takes that out on the Black woman he loves. We really do need more films that normalize non-toxic,  normal love between men and women, particularly Black men  and women.
This is Eugene Ashe’s second feature film as a writer-director. If this is the quality we can expect from Ashe’s work then my hope is that we see much more from him and soon. Sylvie’s Love is a must see. The film premieres on Amazon Prime Video on December 23rd and shouldn’t be missed.
You can listen to Kriss, Ro and Brandon talk about this film on the Movie Trailer Reviews feed.
Like what you hear? Subscribe so you don't miss an episode!