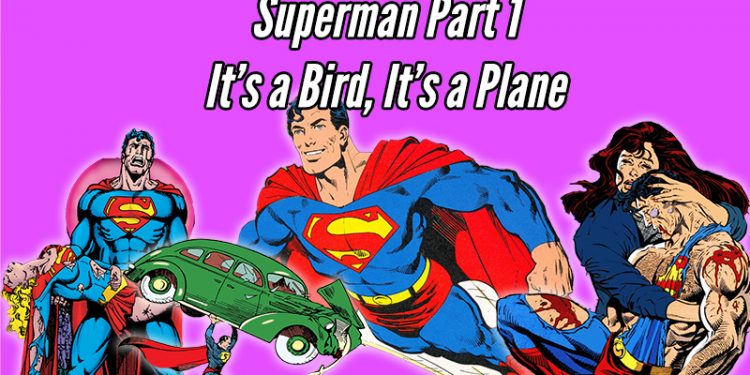 We're back with another Character Corner episode. This time we're diving into the first part of a two part series on the man himself, Superman. Created in 1938 by Joe Shuster and Jerry Siegel, Superman is the first superhero and is the birth of the Golden Age.

The first part of this series is going to focus more on the overall history and context of Superman and not really digging into the stories too much. Mainly because there’s so much. This is once again a Golden Age character and perhaps the most important character in comic book history. There have been some changes here and there but Superman has largely remained the same compared to other characters (go dive into the histories of Wonder Woman or Hawkman). Superman also had the benefit of radio serials (Over 2000 episodes) that were aimed at kids that really helped the character take root.

From 1941 - 1970, under editor Mort Weisinger, Superman stories spend nearly 3 decades finding their footing. While there are definitely stories here that resonate, this time period is really about setting up the overall characterization of who Superman really is. And it's a good foundation that anyone looking to make a live action Superman should look at (Looking at you Zack Snyder).

In this episode we explore the 'who is he?' of Superman leading up to Crisis and then jump into John Byrne's Man of Steel which sets the stage of who Post-Crisis Superman is and is the Superman that is the model for all those that come after. We then end with the Death of Superman (Superman #75) which Dpalm makes a solid argument for the beginning of the death of comics.

Before we jump into that though, Kriss and Dpalm take some time to talk about the passing of Chadwick Boseman. Boseman's death hits so hard because he was becoming a legend not just because of the characters he played on screen but because of who he was off of it.