Superior Spider-Man: Otto Octavius Attempts to be a Better Spider-Man Than Peter 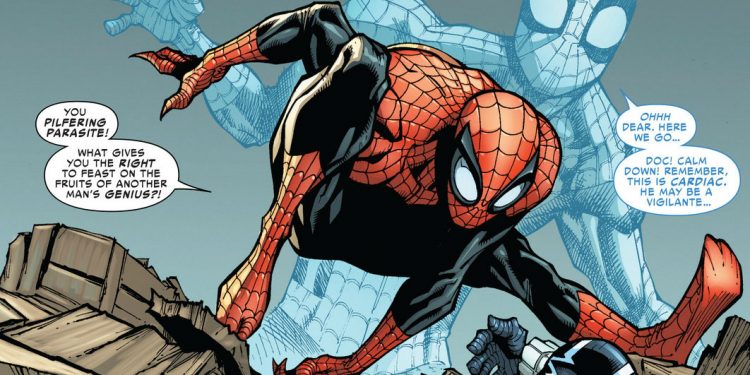 In October, Venom makes his second live-action appearance in a movie. In honor of one of Spider-Man's villains getting a solo film, we're taking another look at that time when one of Peter's greatest foes defeated him: Otto Octavius as Superior Spider-Man. Otto finally gets the best of Peter and takes his body as he pretends to be Peter and starts to show that he can be a better Peter Parker AND Spider-Man than Peter ever was. But in these first 15 issues, we see the cracks of where Otto's arrogance is getting the better of him and why being a hero means sacrifice.

Dan Slott is no stranger to having a bad guy take over the mantle of a good guy. He did it again in Infamous Iron Man. While it might seem like a simple gimmick, it's also a great way to really dig into what makes a hero and why that particular hero is important.

Listen to our discussion on the first 15 issues as we dive into this series.