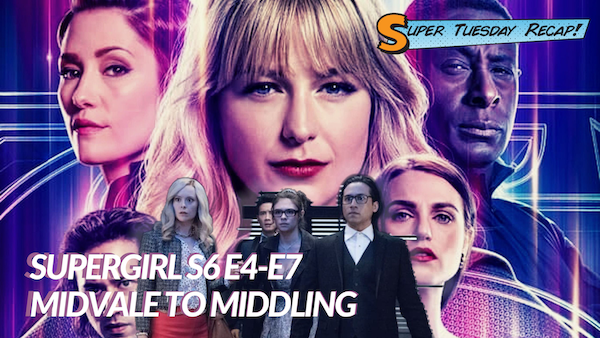 We are back to get Kara out of the Phantom Zone with Zor El and Nxy!  That said, we are also on hiatus until August when the show comes back.  The episodes were entertaining, but predictable, leading us to wonder if we finally got the slump the show never had before in the six seasons that it's been improving.  The best episodes were the Back to the Future ones with Brainy and Nia being centered, allowing the actors to show their incredible comedic and dramatic range. We also noticed that the costume department hit up the Walking Dead wig department for the Cat Grant wig (they did our girl so dirty).  The acting in these four episodes are solid, we are just a little concerned about the storytelling.  Take a listen and a watch and let us know what you think!