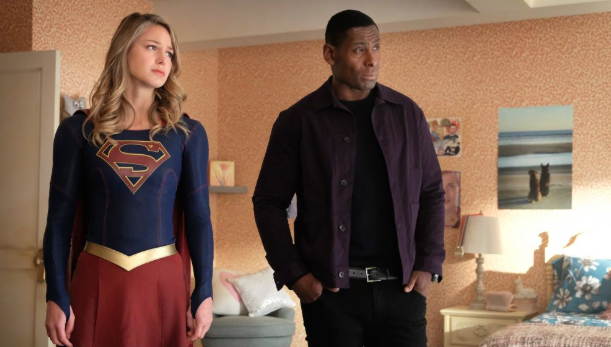 A new season of Supergirl, with yet another fresh premiere episode!  Kara isn't moping-she's saving the world since Superman is on Argo doing things.  We are introduced to Nia Nal, who is Kara 2.0 from season 1, a fact that is not lost on Kara.  J'onn is part of a alien support group navigating how to be alien in a world that isn't hospitable to them, and struggling to get that message across to Kara, who is an alien who looks like the all American girl and can't fathom the fact that an incident can be both a hate crime and part of a larger plot.  Alex is navigating her new role as director of the DEO, and Lena is trying to figure out how to help James navigate some looming legal issues.  We also see splinter Kara and what she's been up to all this time.

This show continues to cover real world issues with ease.  The allegory of being seen, and how being seen looks different depending on a number of factors, is so poignant given the current societal climate.